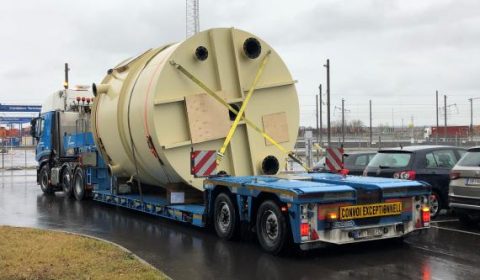 Austrian logistics provider Gebrüder Weiss has opened a new Air & Sea office in the South Korean capital of Seoul, effective June 1st. The new location will be manned by fifteen employees and provide project logistics as well, a spokesperson confirmed.

With the expansion, the company wants to tap into another major Asian market that it deems attractive in both export and import business.

Gebrüder Weiss has been working on a separate solution for South Korea for some time. Among other markets, the logistics provider will target the high-tech market as many well-known technology manufacturers are based here.

“Our goal is to grow with our customers and to apply uniform standards in our work around the globe”, says Michael Zankel, Regional Manager East Asia at Gebrüder Weiss. “Within Asia, but also with a view of our global supply chains, South Korea is an important component in this respect.”

The new office in Seoul, which despite the coronavirus crisis was opened as scheduled, will also provide project logistics, the spokesperson of the company confirmed.

Gebrüder Weiss frequently carries out large projects. The company recently moved a 72-tonne steel bridge measuring 39 metres in length from Romania to Germany, where the structure was loaded on a ro/ro vessel and shipped to Oslo in Norway. There, it was offloaded using a floating crane and moved further to the job site.

The freight forwarder was also involved in the Norwegian 17 MW hydropower project in Stardalen together with fellow Project Cargo Network member Altus Norway. For this project, the companies were contracted to deliver several parts which were sourced from Austria, Estonia and Spain. “The combination of ocean and road transport with cargo sizes up to 5 metres in width required particular and special attention due to the remote location and challenging infrastructure”, comments Gebrüder Weiss.

Over the course of the first quarter, the company also transported a complete concrete production line from Austria to Serbia. This project required the handling of more than 70 loads of road transport including several oversized units.