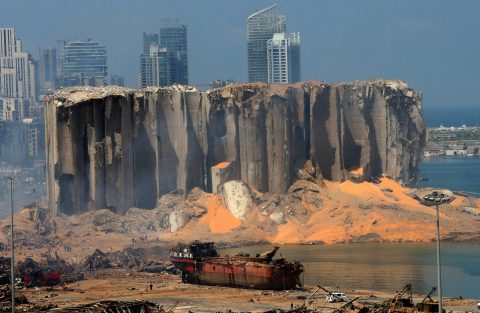 Lebanon’s authorities have signed a contract with German logistics provider Combi Lift to clear dangerous material at Beirut port, where a large explosion killed about 200 people and destroyed large parts of the city.

“Combi Lift’s salvage division is involved in the relief effort following the accident in the Port of Beirut in early August. We feel honoured and grateful to have the opportunity to help the Lebanese people in this extraordinary situation”, the company commented in a brief statement on PCJ’s Linkedin page.

The heavy-lift and salvage company said it was not able to add a further comment but according to press agency Reuters, Combi Lift has been contracted to remove “flammable and highly reactive” chemicals from 49 containers at the port.

In August, a large quantity of poorly stored ammonium nitrate exploded in the port. The chemicals had been unloaded in 2014 and the authorities ignored several warnings by officials about the dangers of storing the material there.

Tensions in Lebanon have been rising since the explosion. Many Lebanese are angry that it is taking the authorities so long to remove the dangerous materials. The contract with Combi Lift was signed three months after the explosion. Civilians are also angry that the results of an investigation have yet to be released, Reuters reports.

“The cabinet quit after the blast but is still acting in a caretaker role, as Lebanon’s top politicians, many of whom have been in and out of power for decades under a sectarian power-sharing system, have yet to agree on forming a new government”, writes the press agency.

The state news agency had said on Wednesday a contract with Combi Lift was signed.