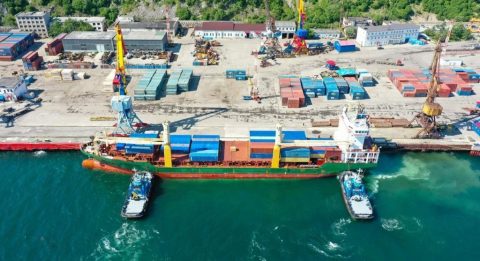 During this first phase of the project, in partnership with its Russian unit, DAKO handled about 11,000 frt of equipment from Europe, Russia, the United States and India up to DAP final destination. For the biggest delivery of the project, DAKO delivered about 8,700 frt in one go. The chartered vessel made calls in the Ports of Antwerp, Vigo and Derince before heading Far East to Magadan seaport.

The equipment is destined for the Pavlik Gold Ore Company JSC that holds a license for search, exploration and ore gold mining at Pavlik deposit in Tenkinsky District, Magadan Region of the Russian Federation since 2007. The company has commissioned the Pavlik mine in August of 2015 and has reached annual production of 7.009 tons at the end of 2021.

Earlier this month, Anton Kim, Pavlik JSC’s general director noted that the company is actively preparing for the launch of new processing facilities in 2022. It has set a goal to increase production by another 12 million cubic metres of rock mass.

The vessel chartered for the job was the 11,142 dwt MPP heavy lift vessel BF Caloosa owned by the Foroohari Shipping Company. BUild by Daehan Shipbuilding, South Korea in 2007, the vessel has an overall length of 129.5 metres and features two 60-ton cranes.