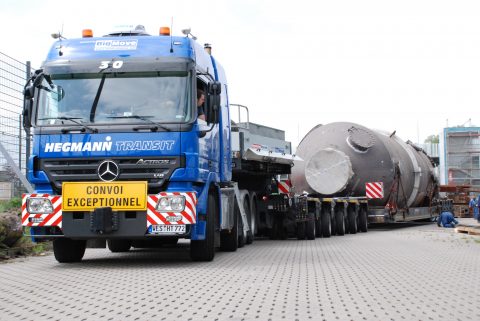 The heavy road transport alliance BigMove has developed a digital driver’s license which contains all the work- and safety-related data for the driver concerned.

The licenses have a bank card format and come with a QR-code which leads to all the necessary qualification certificates and can be read using any smartphone or tablet. It allows companies, police and inspection services to retrieve the necessary licenses and proof of training and qualifications within seconds.

Thanks to the information in the QR code, the driver card effectively functions as a digital driver’s license as per German occupational health and safety legislation, the Betriebssicherheitsverordnung.

“We believe that the launch of the new digital driver’s license will boost transparency, especially in terms of the safety of heavy-goods consignments. The card, which will be carried by all our drivers, makes all key information accessible right away,” explains Olaf Beckedorf, CEO of BigMove.

According to the company, which operates as an alliance of 13 medium-sized heavy-duty logistics companies in Belgium, Germany, the Netherlands, Austria, Slovenia, and Poland, that is particularly relevant for occupational health and safety inspections at the point of loading/unloading, but also for police traffic stops, with digital documentation becoming increasingly accepted by the authorities.

The stored information is kept up-to-date by BigMove, which maintains the documentation with a specially developed software program to ensure that driver data is always current.

The “pioneering project”, as BigMove calls it, is scheduled for completion by the end of the year, by which time all 1,000 BigMove drivers should have been issued with their personal digital driver’s license.