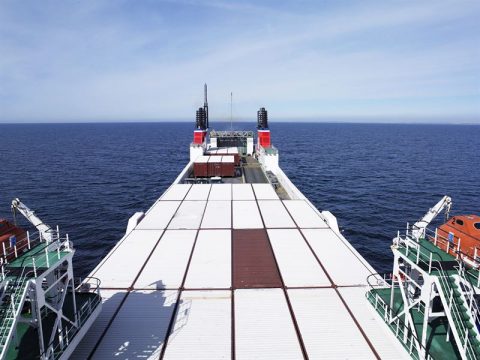 The UK and EU are in emergency talks to maintain freight traffic to and from the continent after several European countries shut down travel and transport due to the high number of Covid-19 cases and concerns about a highly contagious mutated form of the virus.

Since Sunday, various countries have halted passenger traffic with the UK. The British industry fears that the transport of goods will be badly affected by the emergency measures in France, which also banned trucks for 48 hours and closed the Eurotunnel. France only allows freight transport if the load is not accompanied by people.

Meanwhile, the Dutch trade association Transport and Logistics Netherlands (TLN) is advising against transports to the United Kingdom for the time being. “Questions such as, what is still possible from the European continent to the United Kingdom are currently being investigated”. the organization writes on its website.

Prime Minister Boris Johnson has organized crisis talks for today. A “steady flow of cargo” to and from Britain must be ensured, he said. Logistics UK, which has over 18,000 members from within the British logistics industry, said it sees rapid tests for truck drivers leaving the country as the fastest way to restore trade relations. “If that means setting up the world’s largest rapid testing facility in Kent, that’s what we’ll have to do”, said general manager Alex Veitch in an interview with Bloomberg news agency.

Closed connections will further increase the pressure on freight traffic between the EU and the UK. There have been long traffic jams on the highways to Dover and the Eurotunnel for weeks as many companies are trying to replenish their stocks before the end of the Brexit transition phase on December 31.

Ferry operator Stena Line says that it continues to provide freight services to the UK including accompanied transports. The company maintains several shipping routes to the UK from the Netherlands and Ireland. These countries have only banned passenger travel for now.

According to Transport and Logistics Netherlands (TLN), DFDS and P&O Ferries have also said they are maintaining their freight services.

The current breakdown of covid has rarely affected the people. why our governments not changing their slogan from #stayhome to #stayalert. all the shipping companies will be affected and along with that package forwarding companies is well like MyUS, Planet Express, Parcel Monkey, and Global Shopaholics.