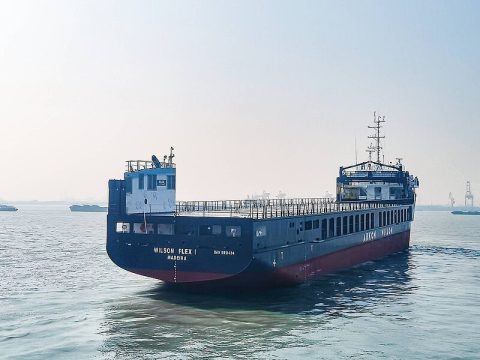 Bergen-based shortsea shipping company, Wilson ASA has welcomed the first Hanse Eco class vessel, the Wilson Flex I, to Europe. The vessel departed China at the end of January.

Wilson entered into long-term time charter agreements with Arkon Shipping GmbH & Co. in 2020. Among the vessels in this agreement, there are four new buildings of the new class named Hanse Eco. These are modern vessels with new technology and up to 50 percent reduction in CO2 emissions compared to vessels operating in the market today. The Hanse Eco class is also equipped with an electric motor and a waste gas treatment unit. The vessels meet the Tier III requirements.

Rhenus-Arkon-Shipinvest, a joint venture between Rhenus and Arkon Shipping, has developed five vessels in all. The design of the vessels makes it possible to travelling both without and with hatch covers, which makes the vessel suitable for both transporting large quantities of particularly bulky goods and project cargoes.

The new ships will operate on all the Europe short-sea traffic routes – ranging from the Baltic Sea to the North Sea and even the Mediterranean and the Black Sea. Following Wilson Flex I, a new completed vessel is setting off from China every six to eight weeks.


Wilson Flex I recently called at the Port of Viana do Castelo, Portugal, to load 38 recreational boats from Brunswick Portugal to the port of Larvik, in Norway. The vessel is already sailing in the North Sea just off the Norwegian coast. 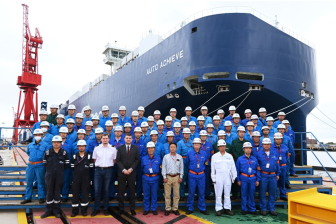 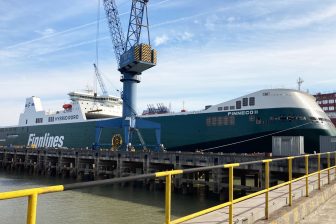 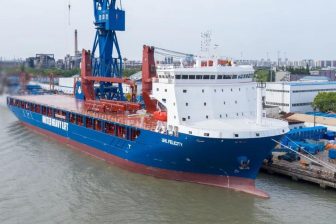