Japanese shipper, Mitsui O.S.K. Lines (MOL) has placed an order with Nihon Shipyard for the construction of four car carriers that will use liquefied natural gas (LNG) as their main fuel. The company is continuing on its path towards having around 90 vessels running on the chilled fuel by 2030.

The newly ordered ships are scheduled for delivery in succession, through 2024 to 2025. This will bring the company’s total orders for LNG-fuelled car carriers to eight. Compared to conventional marine fuel oil, LNG is expected to reduce emissions of carbon dioxide (CO2) which is a greenhouse gas (GHG), by about 25 percent-30 percent and sulfur oxide (SOx) by 100 percent.

In June 2021, MOL established “MOL Group Environmental Vision 2.1” as a guide to achieve net zero GHG emissions by 2050. The company plans to launch about 90 LNG-fuelled vessels by 2030, under its strategy calling for Adoption of Clean Alternative Fuels  to achieve that target.

MOL continues to accelerate its initiatives on adoption of clean alternative fuels for vessels including the building of additional LNG-fuelled car carriers, other LNG-fuelled vessel projects, such as tugboats and ferries and research on the use of ammonia etc., and is committed to reducing its GHG emissions. 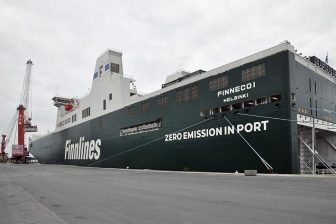 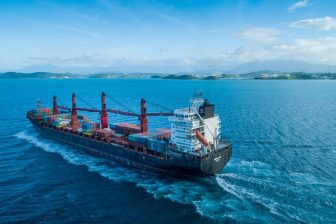 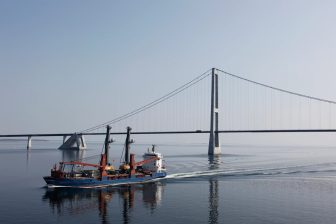