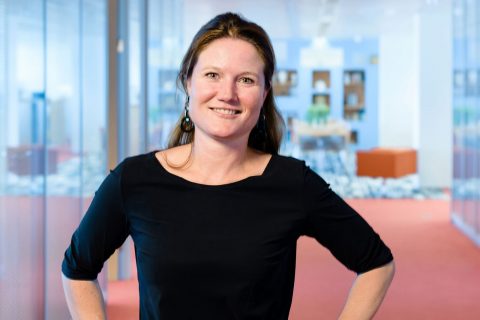 Guest column: “Will ships still take migrants on board after the hijacking of a Turkish vessel?”

Shipowners worry if they can still guarantee the safety of their crew and vessel when helping people in need, writes Annet Koster, managing director of the Royal Dutch Shipowners Association, in this column for PCJ.

The recent hijacking of the Turkish oil tanker Elhiblu 1, sailing under Paluan flag, has raised serious concerns among Dutch shipowners. How can you fulfil your duty to help people in need at sea, when those same people may turn against your crew and hijack the vessel if they do not want to go to the allocated safe haven?

With NGO missions coming to a halt and the EU NAVFOR mission Sophia being stripped down, there are only a few ships left for rescue operations on the Mediterranean Sea. Soon, only the merchant navy will be near to provide aid to those in need. Rescuing migrants, however, is not a task of shipowners, and the merchant navy should not again be part of the structural solution like it was in 2014/15.

The obligation to aid those in need does not necessarily mean that people need to be taken on board, although in practice, that usually is the case. When people are in distress at sea the Maritime Rescue Coordination Centre (MRCC) has to be notified. The MRCC then determines what the best plan of action is and instructs the crew to take the people on board unless there is a better solution. Once on board, it is important that the rescuees can disembark the vessel in a safe port. The EU wants migrants to be brought back to Lybia, but Lybia is internationally not recognized as a safe country and, as such, does not have safe ports.

Shipowners can not become the victim of EU policy that goes against international agreements about rescue operations at sea. Dutch shipowners are seriously concerned if they can still fulfil their duty to rescue people in distress, while at the same time ensure the safety of their crew and vessel. The importance of both obligations is indisputable. So EU members states have to ensure shipowners can fulfil these obligations by taking on their own role in the rescue operation as agreed internationally, and by designating generally recognized safe ports.

This column was originally written in Dutch and published by Maritime by Holland, the Dutch networking organization for the maritime industry. With permission, it was translated by PCJ.