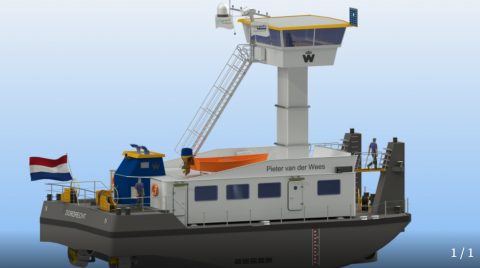 Royal Van der Wees Transports has ordered a new pusher tug at Concordia Damen to transport project cargo over the European rivers. The tug will have two engines with a total power output of 2,000 horsepower and its bridge will be able to elevate up to 16 metres.

The new tug has been on Royal Van der Wees’ wish list for years, Ceo Rolf Maliepaard tells Dutch maritime newspaper Schuttevaer, a sister company of Project Cargo Journal. “The tug will be equipped with a bridge that can elevate up to 16 metres, while normally bridges only lift up to 10 metres”, he says.

The higher elevation is necessary for the transport large and high objects, Maliepaard explains. “In Germany and on the river Rhine, you’re only allowed to transport such objects if you have good visibility from the bridge,” he says. “For that reason, we were forced to rent a tug from a third party to transport a large yacht to Boot Dusseldorf”- an exhibition and fair for yachting.

Maliepaard says the company experienced similar obstacles in other transports. “We frequently transport reactors and distillation vessels with a diameter of up to 12 metres. At normal water levels on the Rhine, our regular barges can just clear the bridges when carrying these kinds of loads, but not when you have to be able to look over the load from the bridge.” To help with height and depth clearances, the draught of the new tug will be limited to 1.8 metres.

With 2,000 horsepower, the tug also is a lot stronger than Van der Wees’ regular tugs. “We transport a lot heavier components nowadays,” project manager Wouter Kock tells Schuttevaer. “We used to think a transformer of 250 tonnes was heavy, but these days an average transformer will easily weigh around 350 tonnes.”

The new tug is expected to join Van der Wees’ fleet in April next year. 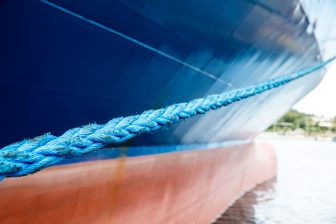 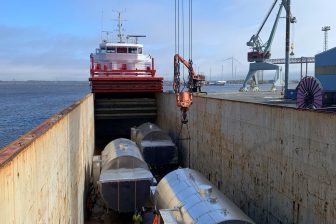