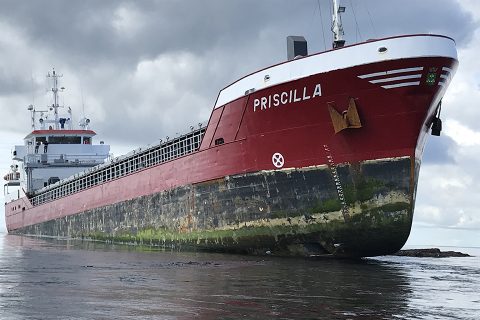 Priscilla grounding: Watch officer was watching videos on his phone

For about 2 hours prior to the grounding of the MV Priscilla in July 2018, the officer of the watch had been unaware that the vessel was drifting away from the planned passage because he was watching videos on his mobile phone. That concludes the British Marine Accident Investigation Branch (MAIB) in its report.

The Priscilla (3,200 tons) was en route with a cargo of fertilizer from Klaipeda in Lithuania to Silloth in England when it ran aground at the Pentland Skerries, which is a group of four islands in the North of Scotland.

“The accident happened because the officer of the watch was distracted from the critical task of monitoring the passage by watching videos on his mobile phone,” writes the MAIB in its report. “When he realised what had happened, the route chosen to regain the navigational plan resulted in the vessel heading directly into danger.”

Other contributing factors were that he was the sole lookout at night as the vessel headed towards land, and the electronic navigation system was not set up to warn of danger ahead, MAIB notes.

The officer did respond to two radio calls from shore authorities warning him of the danger ahead but his reaction to the warnings was not sufficient to avoid danger.

The Dutch general cargo vessel is owned by captain-owner John Beikes and managed by Wagenborg. The six-person crew remained unharmed in the accident and there were no reports of pollution.

As for safety recommendations, the MAIB says that firstly the officer of the watch should not become distracted from this responsibility. However, the organisation also emphasises that reducing to a sole lookout must be properly assessed. “It was not appropriate at night when Priscilla was heading towards Pentland Firth,” the MAIB states.

Lastly, it says that electronic navigation aids should always be set up to aid the officer of the watch by giving warning of danger ahead. “The Bridge Navigational Watch Alarm System (BNWAS) should not be left off at sea,” MAIB concludes. 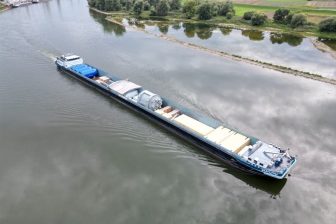 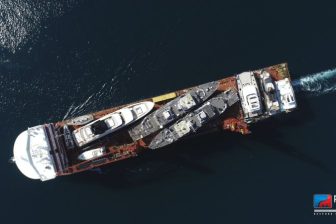 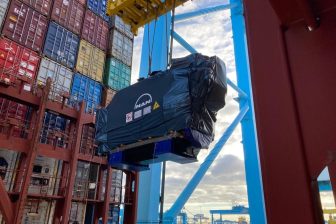