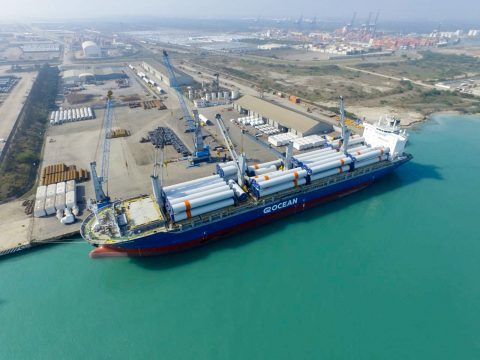 Forest product carrier G2 Ocean is expanding its project cargo business with new offices in Houston and Hamburg. “Our project cargo results are continuously improving. However, we have high ambitions for the future and to stay on target, we need additional resources”, says VP Project Cargo Leif Arne Strømmen.

In addition to the two new offices, G2 Ocean has also hired three new senior project cargo managers. Two of them will be based in the new offices in Houston and Hamburg, while the third will work at G2 Ocean’s office in Singapore.

“We currently lack presence in Houston and Hamburg and new office representations in these key project markets will enable us to offer diversified services towards new industries and customers”, Strømmen says. He adds that Houston is the capital of projects worldwide, where all of the large EPC-contractors are based.

“Our strong position in the pulp market gives us a robust basis for our operations”, says  Strømmen. “Still, developing a diversified customer base within other industry segments is critical to reducing the risk of disruption in the market.”

One sector the company is targeting is the offshore wind industry. The company points out that it already has a strong position in the onshore wind energy market. It will be up to the three new managers to strengthen the company’s position in new industry segments.

G2 Ocean was formed in 2017 through the merger of Norwegian bulk carriers Gearbulk and Griegstar, with  Gearbulk holding a 65% interest and Griegstar owning the remaining 35%.

The company is actually ranked as the largest breakbulk operator in the world by Dynamar because of its large presence in the forest product segment.

In 2018, G2 Ocean realized revenue of USD 1.3 billion compared to USD 790 million in 2017, the year in which the company was formed. Profit from operations amounted to USD 8.5 million and net profit to USD 2.3 million.

The majority of the company’s income was earned through its open hatch operation which the company says is “more industrial in nature”. The conventional dry bulk segment only generated about 10% of G2 Ocean’s income last year.