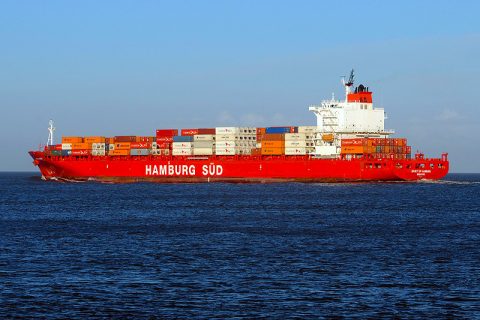 The captain of the Zeaborn managed container vessel Spirit of Hamburg has been killed in a fight while the vessel was docked in Cartagena. The exact circumstances of the incident are not clear. According to local media, the captain was in a fight with 12 crew members while Zeaborn says that he was attacked by an intruder.

The Colombian Maritime Directorate General has confirmed that the victim was Myo Tun Zaw, the Burman captain of the container vessel Spirit of Hamburg.

The vessel arrived in Cartagena on April 16th with 21 crew members on board. At approximately 17:00 on the same day, a report was received from the Protection Officer of the Cartagena Regional Port Society, reporting the death of the captain, who was found on the main deck of the ship.

Citing a police statement, several local media report that the captain was involved in a fight with 12 Filipino crew members. “None of them gave information. They spoke in their native language and in English, but none gave details that were accurate”, newspaper El Heraldo quotes Colonel Henry Sanabria of the Cartagena Metropolitan Police.

Zeaborn has issued a conflicting statement, saying that the captain is believed to be attacked by an intruder.

“Managers Zeaborn Ship Management regret to advise that in the afternoon of 16 April 2020, one of its valued seafarers of its managed container vessel Spirit of Hamburg has suffered fatal injuries following what is believed to be a violent incident with an intruder onboard the ship in the port of Cartagena, Colombia”, the company writes in a statement.

Zeaborn also stated that the social media reports saying that the crew would be of Filipino nationality are incorrect.

The company added that the exact circumstances of the “violent incident” are yet unknown and police have started an official investigation and conducted interviews with the crew. The family of the captain has been notified and the crew of Spirit of Hamburg “will be receiving psychological help following the tragic death of their colleague.”

“We would like to add that three senior officers are one month beyond their contractual relief date, but they are showing great professionalism in making the best of the current relief/repatriation restrictions. All other crew are due for relief between now and October”, Zeaborn states. Worldwide seafarers are stuck on board of their vessels due to the coronavirus outbreak and this has sparked concerns over their mental wellbeing.

According to international maritime law, the case will be handed over to the flag state of the vessel, which is the Isle of Man. Zeaborn Shipmanagement said it refrains from making any further statements while the investigation is ongoing.

Zeaborn Shipmanagement was initially founded in 2013 as a multipurpose shipping company. After a series of acquisitions and mergers, the company now provides ship management services for multipurpose vessels, tankers, bulk carriers and containerships.