PRESS RELEASE – AAL has moved two giant jib cranes from China to Jebel Ali. The company deployed one its largest vessels for the project and still, one of the main modules came within 20 centimetres of the ship’s own crane. “This is the type of situation where engineering precision and accuracy resonate most”, says AAL’s Head of Transport Engineering Nicola Pacifico.

The two jib cranes were manufactured by Nantong Rainbow Heavy Machineries in China and destined for DP World’s Shipyard in Dubai, the largest facility of its kind in the Middle East.

AAL deployed one of its large A-class vessels for the transport, the AAL Melbourne, which can carry 31,000 tonnes of cargo and lift up to 700 tonnes.

The cranes were loaded in Taicang in China and divided into just under 20 big units, with the largest units weighing 550 tonnes and measuring 115 meters in length. “Even with a vessel providing 40,000 cubic metres of stowage capacity, space was extremely tight on this project”, says Nicola Pacifico, Head of AAL Transport Engineering.

The two main structures, which according to AAL looked like the Martian tripods from H.G. Wells’ ‘War of the Worlds’, had to be secured on specially laid rails. “One of these came to within 20 cm of the ship’s crane”, says Pacifico. “This is very close, as decks are rarely even and such tolerances are unusual. If at any point we thought they might touch we would have had to discharge the structure, move the rails and reload again. This is the type of situation where engineering precision and accuracy resonate most.”

In case you’re wondering, this is what martian tripods look like. (‘War of the Worlds’, 2005). 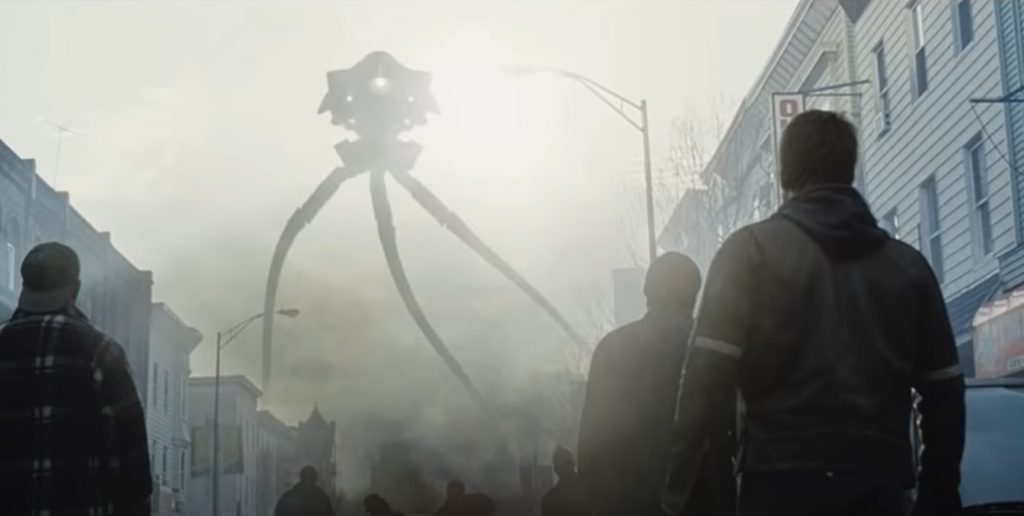 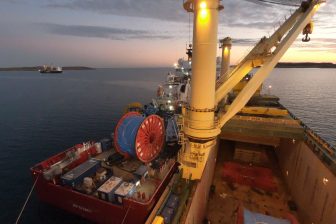 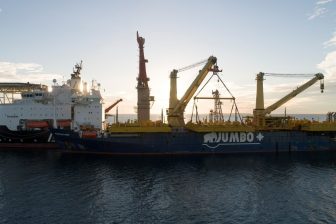 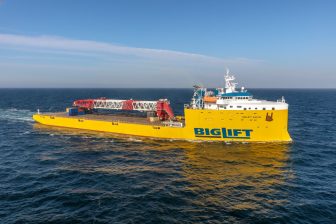