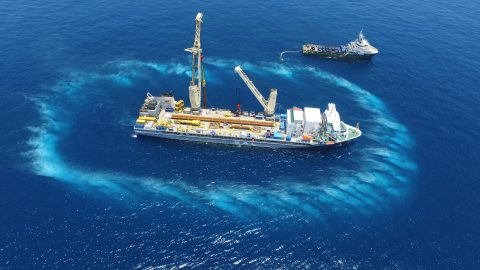 SAL Heavy Lift has bought a majority stake in Intermarine. Together, the companies want to become an “unrivalled shipping setup” within the Americas and cross-Atlantic trade. Former BBC Chartering CEO Svend Andersen has been brought in to lead Intermarine.

The companies did not disclose the price of the agreement nor the exact percentage of shares. A spokesperson of SAL Heavy Lift only confirms that the German carrier has a controlling stake.

Andersen has also become a shareholder and will lead Intermarine with the help of Richard Seeg and Chad Call as Vice President and CFO, respectively. Andersen last year stepped down as CEO of BBC Chartering to be succeeded by Ulrich Ulrichs. With his new appointment, he is returning to his previous employer, having already worked at Intermarine in the early days of his career.

With the acquisition, SAL wants to enlarge its footprint in the Americas by offering a wider range of shipping services to both existing and new customers. With Intermarine’s expertise, the German carrier can not only offer its customers more capacity and frequent calls in and out of South America but also into offsite river deltas, where SAL would otherwise have had limited access. At the same time, Intermarine’s get access to SAL’s heavy-lift vessels with lift capacities of up to 2,000 tonnes.

“We have for a while been looking at expanding our services in the Americas, and with Intermarine now being part of the SAL Group, we can enable further trade across the Atlantic, combining important trade between Africa, South America, North America and Europe”, comments SAL’s CEO Martin Harren.

He adds that he sees great synergies between the companies. “When we can combine our already strong sales set up in the USA with the know-how from Richard Seeg, Chad Cal and Svend Andersen, I see a very powerful setup unfold”, Harren says.

Andersen says that he has invested in this venture because he sees great prospects to help Intermarine and SAL become a top brand in the heavy-lift industry. “The joining of Intermarine with the SAL organization is a perfect matching of two companies which share the same basic set of values and business philosophy yet with a different fleet of vessels, resources and outreach. In combination, it makes an unmatched setup in cross-Atlantic trading and intra-Americas heavy lift shipping”, he says.