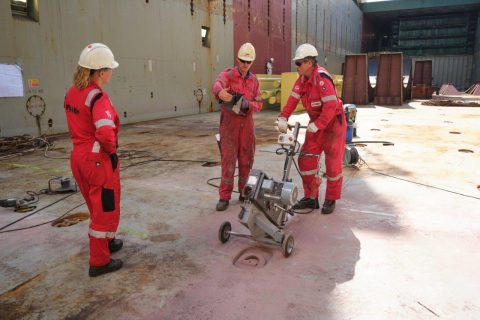 PRESS RELEASE – Jumbo has developed a machine to remove persistent flash rust caused by the removal of temporarily welded securings onboard its heavy-lift vessels. The device removes flash rust faster than the existing methods, improves working conditions for the crew and has a positive impact on the environment.

Flash rust is caused by the corrosion of steel particles dispersed during the removal of temporary welded securings, a process requiring the use of cutting, gouging and grinding tools. The steel and paint particles formed during the removal process can also be harmful to the environment and to human health. Further adding to the list of negative consequences, the removal of the temporary welded securing is a time-consuming and uncomfortable task for the ships’ crews.

The prototype device to remove the flash rust was developed by Jumbo’s chief officer and part-time Master’s student Bob Heikoop, who was looking for a subject to focus his final thesis on.

“I wanted to combine a practical problem that Jumbo was facing with a subject that was important to society in terms of sustainability”, says Heikoop. “Solving the flash rust problem could achieve both of these. First: Reducing our environmental footprint by reducing the release of paint and steel particles. Second: Preventing, or at least reducing the rusty appearance.”

After concluding that welding was the quickest, most efficient and most cost-effective way of securing the temporary sea-fastenings, the main question that Heikoop needed to address was a new way to remove the sea-fastenings that simultaneously collected steel and paint particles.

The solution was a Fein GIMS-75 belt sander, which Heikoop modified with the addition of a spark/molten steel particle catcher, an extraction system, and a collection container. The performance of the prototype device was then verified within four separate parameters: removal of paint layer, removal of the top part of temporary welding, removal of the bottom part of temporary welding and flattening of the surrounding paint layer. 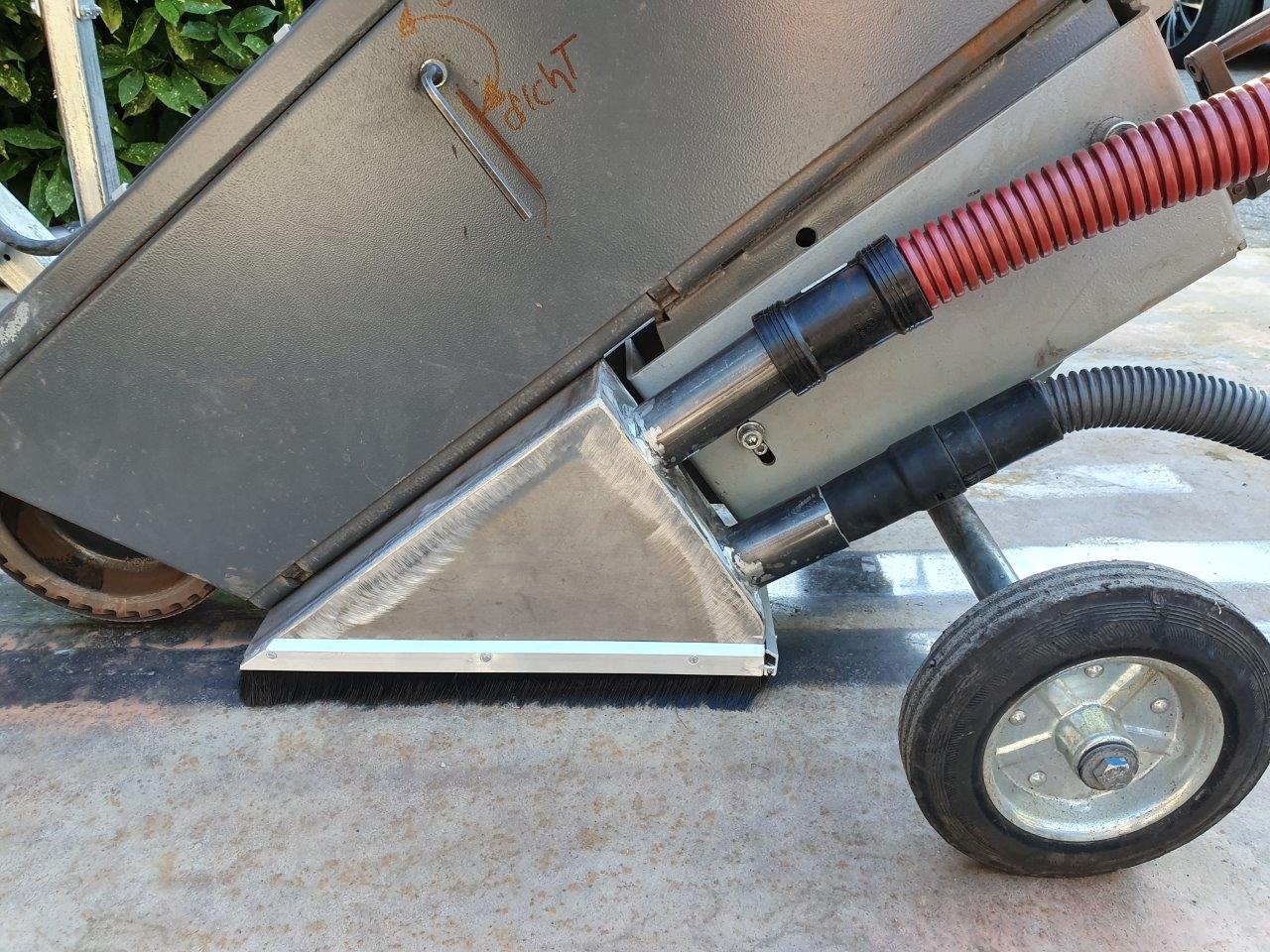 The results were overwhelmingly positive. “We were very enthusiastic about the outcome”, adds Heikoop. “The modifications made to the GIMS-75 means that it catches and removes the steel and paint particles. In terms of sustainability, there are no particles entering the environment. But it is also much faster than the current way of working – on average, three times as fast – which makes it very interesting commercially.”

The prototype also yielded benefits in terms of human health, as Heikoop explains: “For the person using the existing method, this meant spending the whole day working on your hands and knees with an angle grinder on the deck of the ship. Whereas users can walk behind this prototype in a standing position. It is better ergonomically and it produces far fewer vibrations.”