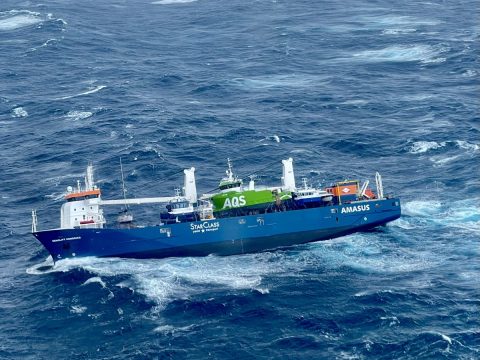 The Dutch multipurpose vessel Eemslift Hendrika, which ran into trouble off the coast of Norway on Monday, is in danger of capsizing. The Norwegian coastguard fears for its coastline as the vessel has 400 tonnes of oil on board. Smit Salvage has been contracted to help salvage the vessel.

The ship got in trouble after some of the cargo shifted while sailing in heavy seas. This caused the vessel to list and take in water. Using three helicopters and two boats, the Norwegian rescue service evacuated eight crewmembers yesterday afternoon while four remained on board in an attempt to stabilise the vessel by moving ballast. In the evening, the remaining four crew members including the captain were evacuated as well as the situation became increasingly dangerous. According to a spokesperson of Amasus Shipping, the co-owner of the vessel, the crew did manage to stabilise the ship.

Since then, the vessel is adrift and at its current speed, will reach the Norwegian coast in one and a half day. The Norwegian Coastal Administration fears that the vessel may not be afloat that long anymore. “The vessel lost propulsion on the main engine early last night and is now drifting towards the shore. At the same time, the vessel has a fairly large list, so it is a serious situation out there”, Hans-Petter Mortensholm, director of environmental preparedness at the Norwegian Coastal Administration, told the Norwegian newspaper NRK this morning. The weather in the area is extremely bad with waves of up to 15 meters high.

Norway fears for damage to its coastline if the ship indeed capsizes. According to Mortensholm, the Eemslift Hendrika has 350 tonnes of heavy fuel oil and 50 tonnes of diesel on board. “What is important now is that we take measures that can prevent the vessel from posing an environmental hazard. That is our main focus. If the ship capsizes, we are worried that we may see pollution”, he says.

The 4,200 dwt, 2015-built Eemslift Hendrika was en route from Bremerhaven to Kolvereid in Norway when the cargo broke loose west of Ålesund. Water then entered the hold causing the ship to list. After moving ballast, the crew initially managed to get the ship stable, but later the ship was listing again. Photo’s show that the vessel is transporting several smaller boats on its deck. It is unclear if this is the cargo that caused the problems. 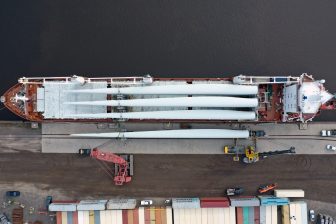 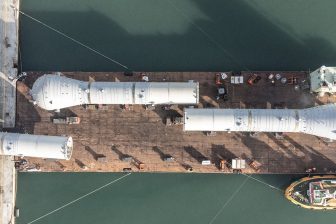 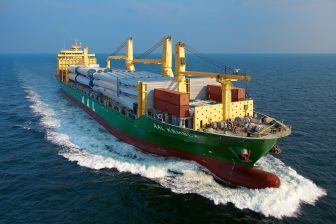