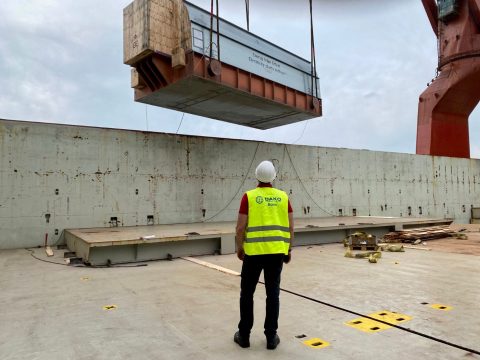 The Tripoli West power project in Libya will soon be receiving its second delivery of project cargo from Hamburg. The project forwarder, DAKO Worldwide Transport said it has loaded the next part charter for the project at the start of the week.

It is the second shipment from Hamburg including equipment weighing a total of 2,300 tons. It adds to the two turbines and two generators that have already been discharged in Tripoli. DAKO informed that it will also handle project cargo deliveries from China and Indonesia for the Tripoli West development.

The loading in Hamburg, that took place earlier this week, was completed in cooperation with its client, Wallmann & Co. and the shipping company Sloman Neptun Schiffahrts, DAKO said in a brief statement through its social media channels.