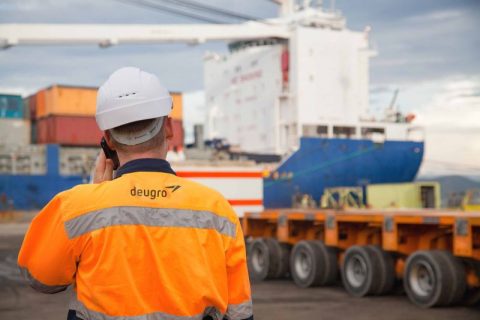 The project cargo and heavy lift market remains stable the company said in its latest outlook, adding that the main drivers remain the containers and wind cargo. However, the congestion in Chinese and other major ports around the world is causing a tremendous impact on the availability of MPP tonnage. Carriers are constantly adjusting their terms and conditions to cope with this major challenge and pushing more and more liabilities and costs onto shippers.

Some owners are chartering out their ships for shorter periods only, a clear sign that from their perspective, the market has not reached its top yet, deugro said. Heading into the seasonally strongest part of the year, dry bulk owners have already enjoyed a very profitable year. The latest charter rate levels have reached a level that allows owners to dream about investing in new vessels, which are actually badly needed in the MPP segment.

One such decision has been made by AAL that has been not only shopping in the second-hand market but has also recently kicked off negotiations for at least four new mega-size heavy lift MPP vessels to cope with the rising demand. The company did, however, note that it has secured some deals in the container segment and enjoyed some of the high rates that come with it but the company is focusing on project cargo and breakbulk in order to service its long-term customers.

The rates are continuing to rise. Time charter rates for MPP vessels available immediately or in a few weeks’ time have surpassed the peak levels of 2008, the Hamburg-based broker Toepfer Transport said in its report. According to the latest briefing, the TMI jumped to $15,673 for the month of October. This is an 11.29 percent jump compared to the previous month when the TMI was at $14,083. Compared to October last year, the increase of 136.92 percent is even more significant.

In an interview with Project Cargo Journal, Renato Mello, business development director at deugro, operating in Brasil, noted that the current market scenario calls for a fundamental change in how transportation is managed.