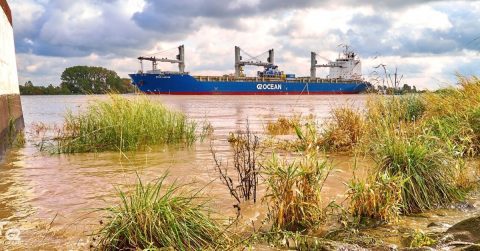 Both container and bulk sectors experience weaker growth over the month of November with both sectors reporting spot rates dropping from record highs. This was the major contributor to Drewry Multipurpose Time Charter Index (MPV Index) rising only 1.9 percent.

The consultancy noted that the Index reached $10,487 per day in November. The increase is below the 2.5 percent reported for the month of October. Drewry added that the capacity constraints continue, and are keeping the spot market demand high but the competing sectors both reported weaker charter rates. Drewry’s Index is up 63 percent since the start of the year and 69 percent since November 2020. Drewry expects the index to rise a further 1.1 percent in December to reach $10,600 per day.

As mentioned, the slowing pace of Drewry’s Index is largely attributable to weaker growth in both the container and bulk sectors over November, subduing rates particularly in the shortsea market. Both competing sectors reported spot rate decreases (from record highs), which corresponded to a plateauing of MPV rates. However demand remains firm in both the short-sea and longer haul project cargo sectors as supply constraints continue.

For the former, demand remains steady but is expected to weaken towards the year end due to the impending holiday season. For the project carrier sector demand remains high for the medium term particularly, around a resurgence in confidence for oil & gas projects due to the strengthening oil price and scarcity of LNG over 2021. Add to this the continued demand from the renewable sector and the market may be slowing but it is unlikely to weaken significantly in the medium term at least.