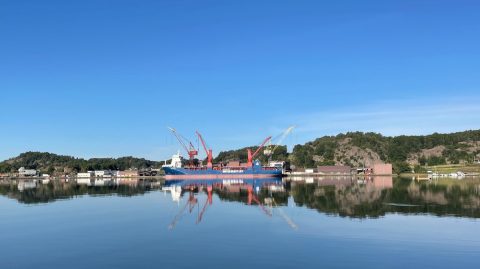 Short-term implications of Russia’s attack on Ukraine for the multipurpose vessels (MPVs) sector are unclear. Shipping consultancy Drewry, however, expects the war may slow down further rates increases.

The Drewry Multipurpose Time Charter Index increased to $10,987 per day in February, representing a rise of 1.7 percent compared to the 2.2 percent rise seen in the previous month. Rates were in line with expectations over February, with a slight slowdown in rate growth. That said, Drewry’s Index is up 69 percent since February 2021.

There remains very little spot market availability so any further rate increases due to the conflict are likely to be slow to hit the market. Drewry expects rates to continue to rise over March but again at much weaker growth rates of just 1.0 percent to $11,100 per day.

The Short-sea market saw little change in sentiment over February, indeed for last 6-9 months the question has been more about availability in this sector than rate paid. However, the significant upturn in bunker prices at month end, caused by the appalling geopolitical situation, bring a huge amount of uncertainty to the market, Drewry’s latest report reads.

This sector is likely to be directly affected with the trades to and from Ukraine and Russia, particularly steel and grain, causing a shift in demand and potentially mode, as hundreds of bulk carriers are impacted. There is also a significant Russian flagged fleet, but it is still too early to assess the longer-term implications of the impact of sanctions.

For the more heavy-lift capable fleet, events in the Black Sea region are having a muted effect compared to the ongoing supply constraints for container carriers in both the US and Asia. However, the general uncertainty in the market coupled with rising fuel prices are also disrupting what was a far-from-normal market anyway. Drewry expects that the current situation in Ukraine might provide further demand to the sector in the medium term, hence its subdued outlook for the coming month.