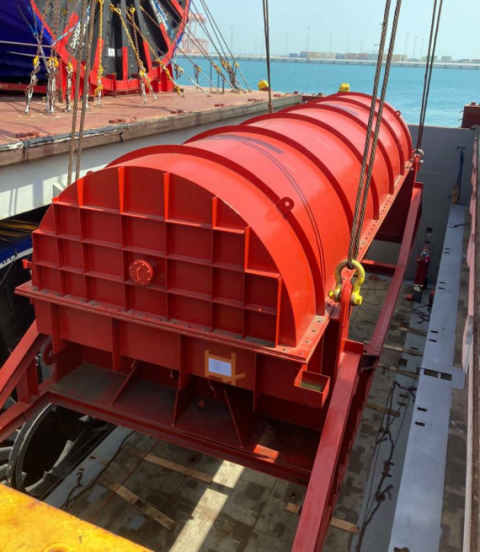 The Dubai-based Polaris Shipping Agencies had all hands on deck handling a number of heavy lift shipments in the United Arab Emirates and Malaysia.

The first delivery was executed at Port Khalifa, Abu Dhabi, where Polaris was responsible for receiving a large rotor from under hook of the BBC Sapphire, the 14,365 dwt general cargo vessel. Polaris acts as agents of BBC Chartering in all Middle East ports.

The rotor weighing around 100 tons, and 14.3 metres in length and 4.5 metres in width, was retained on stools and beam supports before it was delivered to the consignee once all processes were completed and the factory was ready for the cargo.

Additionally, Polaris handled several shipments of construction equipment and has been awarded a repeated order for the time-bound delivery of offshore pedestal cranes from Port Klang, Malaysia to Abu Dhabi.

Both shipments combined to around 140 mt (1150 frt) and were awarded to Polaris by their overseas associates with a strict delivery deadline which was executed on time as agreed.

Polaris’ scope of services covered receiving the cargo from the vessel, completing all related customs requirements, and third-party independent surveys.