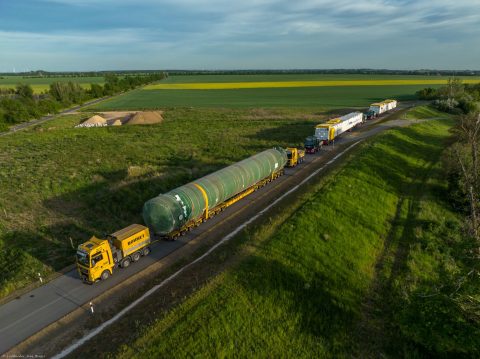 The Hamburg-based logistics company, VTG Project Logistic, has coordinated the transportation of air separation plant components from Mühlberg, in the Elbe-Elster district to Schwarzheide, in southern Brandenburg, Germany.

This project cargo movement, which began in February 2022, will supply five parts needed for the new plant, which will provide process gases to the BASF cathode active materials production plant.

The five components weigh a total of 600 tons. The first vehicle measured almost 6 metres high, and the second, 65 metres long. The special trailers weighed several hundred tons and were guided in a convoy of trucks over 50 km, through villages, roundabouts and bridges. 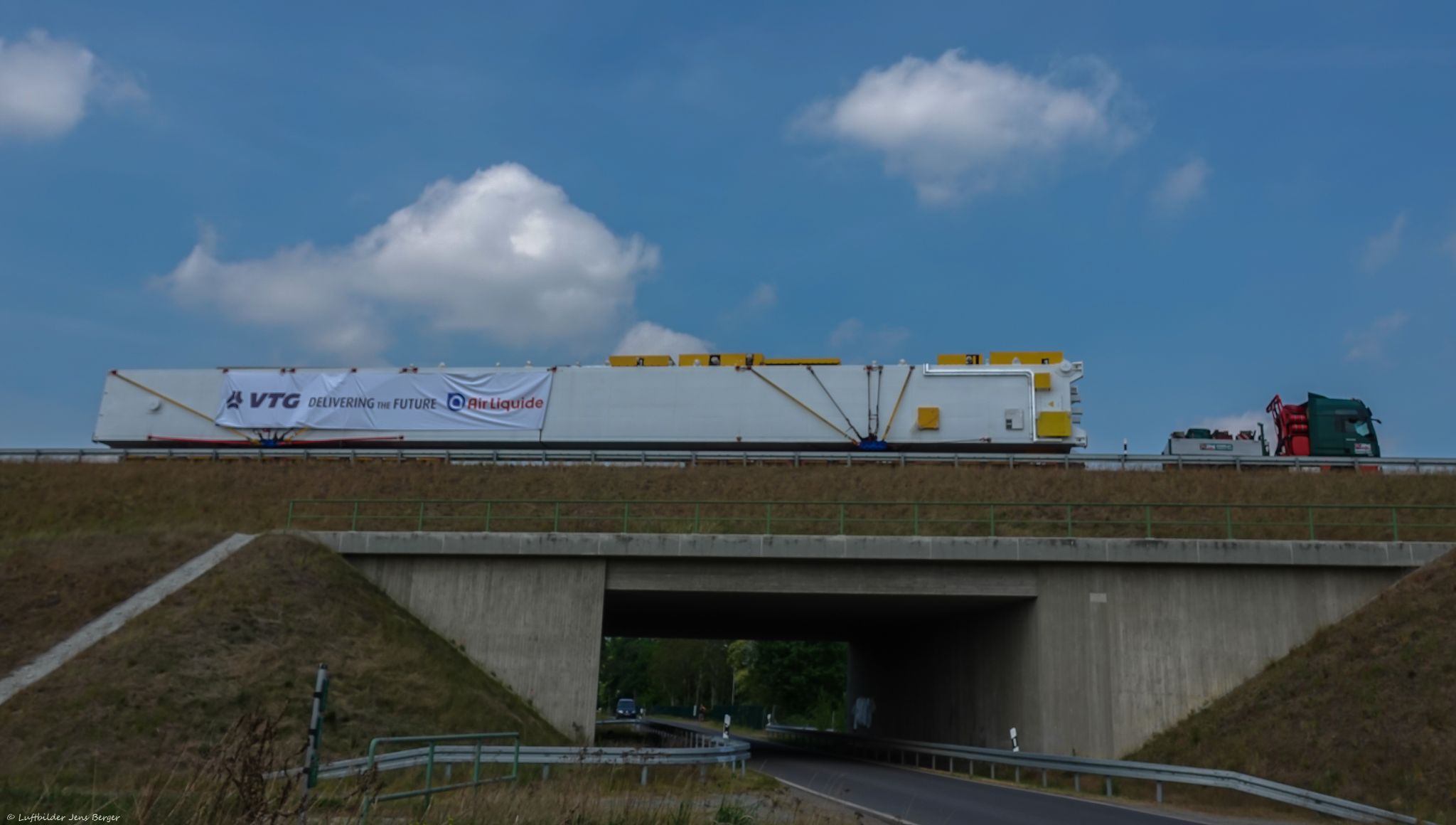 This large-scale operation took approximately one year of precise preparation. Indeed, the VTG Project Logistic team had to ensure that the large convoys would be able to safely pass. As a result, the selected route was evaluated and scanned, and obstacles were identified and addressed. For example, low hanging tree branches were pruned, while signs and cables in the way were lifted. 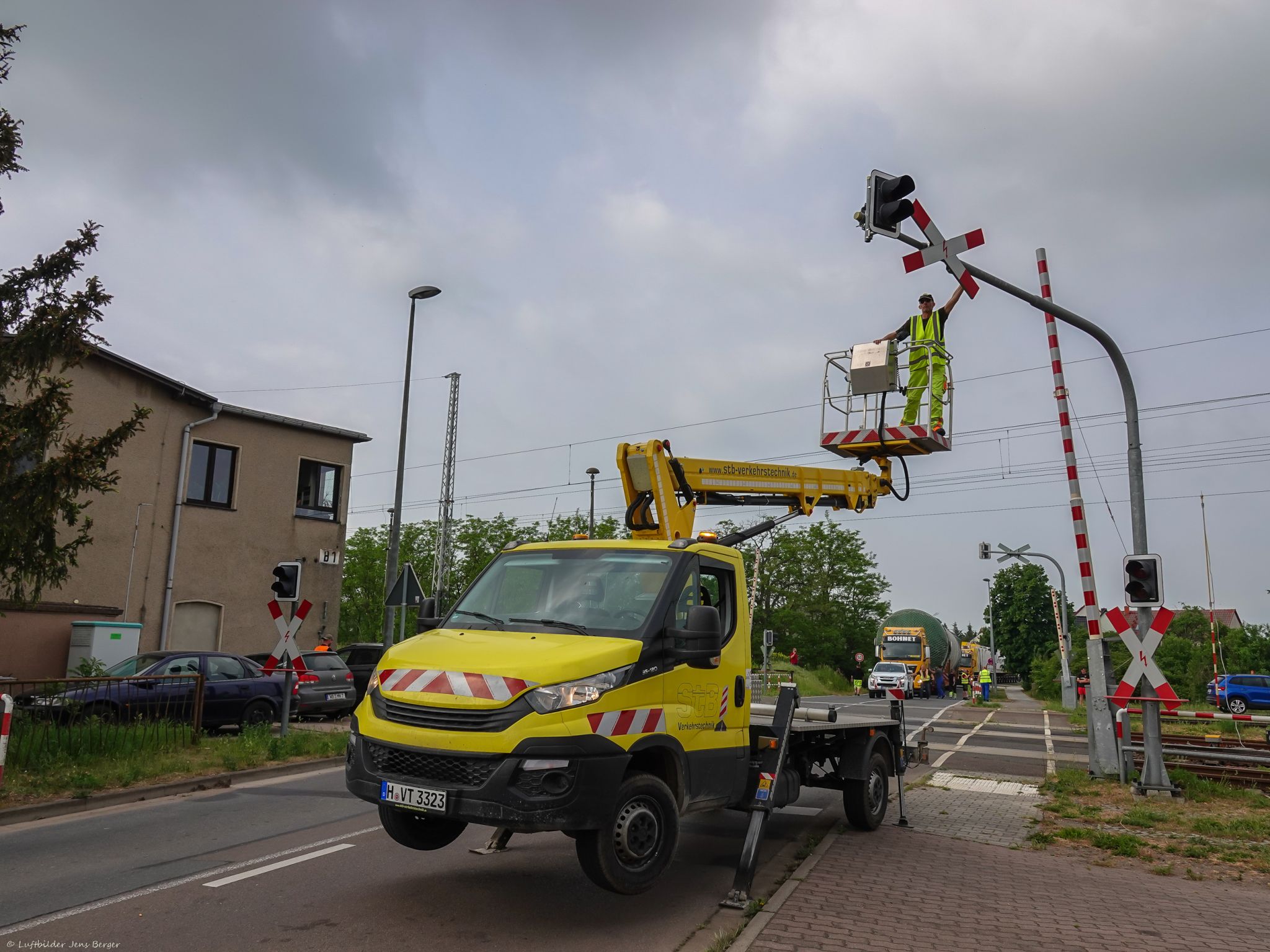 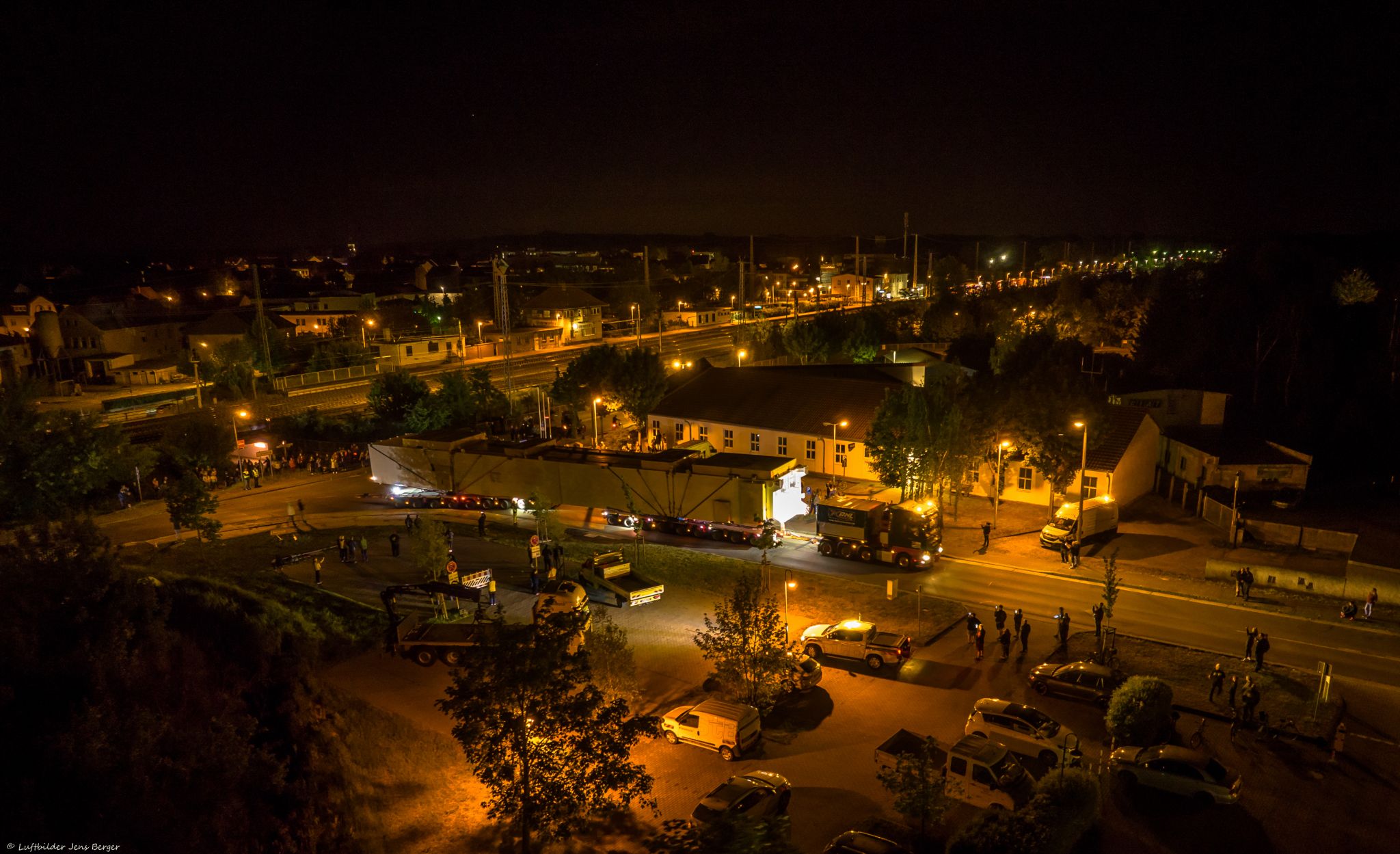