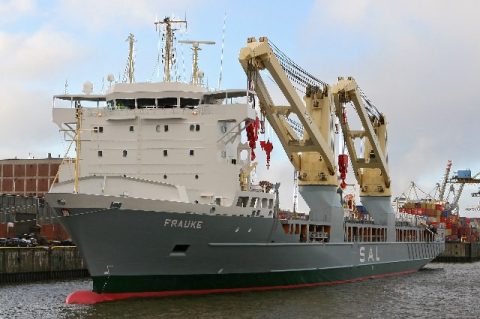 ver.di: no agreement reached between ZDS and German dockworkers

Discussions between the German United Service Union (ver.di) and the Central Association of German Seaport Companies (ZDS) have broken down in the latest round of talks without reaching an agreement.

This further increases the possibility of further strikes and delays at German ports as well as ports across Europe. “The employers are not sufficiently meeting our demands for real inflation compensation with the latest offer,” noted ver.di negotiation Maya Schwiegershausen-Güth. “We need real inflation compensation so that the employees in all companies are not left alone with the consequences of the galloping price increases.”

It is important that real wages are secured over the entire term of the collective agreement, the union says. The ver.di collective bargaining committee rejected the latest offer and is calling on employers to renegotiate.

Schwiegershausen-Güth emphasised that ver.di wanted to achieve a result at the negotiating table and, in contrast to the employers’ side, currently saw no need for an arbitrator.

“The offer of a permanent increase in wages of 8 percent for the employees of the full container companies is to be welcomed, it is a step in the right direction. However, the long-term demanded by employers with a low increase level in the second year without the possibility of renegotiation is very problematic,” emphasises the ver.di negotiator. “It would also be important to secure real wages in 2023 in order to create an actual compensation for inflation for the employees.”

Schwiegershausen-Güth could not rule out further strikes at the current time which runs the risk of more delays at ports in Germany and across Europe. The negotiations affect around 12,000 employees in the 58 collective bargaining companies in Lower Saxony, Bremen and Hamburg.