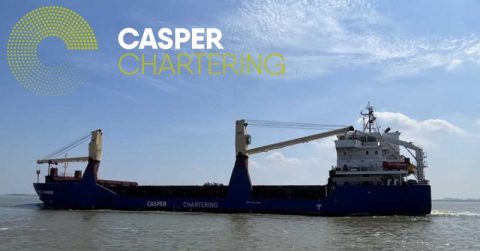 Casper Chartering (CCL) is part of the United Kingdom-based Casper Shipping Limited (CSL) group. CCL deals in import-export in the Yorkshire and Humber region of England. They have chartered a new vessel for their fleet, as part of plans to provide stronger services between the Mediterranean and Humber regions.

This newly chartered ship has been baptised as the Humber, by CCL. This general cargo ship was built in 2010. Measuring 107 by 18 metres, with a gross tonnage of 6668 tonnes, it is now the biggest vessel in CCL’s fleet. It is fitted with its own cranes for auto-discharge and is also capable of lifting 9300 metric tonnes.

It is reported that the ship last docked in Bremen, on July 13th.