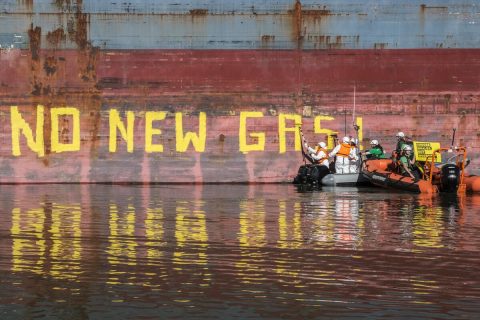 German bulk carrier company, Oldendorff Carriers, saw one of its handysize freighters, Emma Oldendorf blocked by Greenpeace activists at the German port of Brake. The vessel was loaded with pipelines heading for Western Australia for use in Woodside Energy’s Scarborough offshore gas project.

Around 20 activists blocked the vessel, painting the words “no new gas” on the side of the vessel and holding signs saying, “choose wales, not Woodside”. According to the vessel’s AIS data it is still moored at the port of Brake at the time of writing this article.

“Woodside is learning the hard way that the world is increasingly united in its desire to shift from dangerous and expensive fossil fuels to clean energy sources like wind and solar. The International Energy Agency and the United Nations have been clear that there is no room for new gas developments if the world is to limit warming to 1.5 degrees Celsius, and gas demand is set to shrink as the world shifts to renewables,” she said.

“Woodside’s Burrup Hub project – which includes opening up the Scarborough and Browse gas fields – is dangerous for our climate and our marine ecosystems. It not only threatens to undermine Australia’s efforts to drastically slash emissions this decade and achieve net zero emissions by 2050, but also puts the future of some of our most iconic marine parks – home to species like humpback whales, turtles and dugongs – at risk.

“Woodside should not be allowed to push ahead with the biggest new fossil fuel project in Australia and risk our precious marine life at a time when the world must be transitioning from fossil fuel energy to clean alternatives,” Panegyres added.

The Australian energy major Woodside has been facing stern opposition, with the Australian Conservation Foundation Incorporated (ACF) commencing proceedings near the end of last month in the Federal Court of Australia in relation to the environmental assessment of the Scarborough project. The ACF is seeking an injunction to restrain offshore project activities.

The Scarborough project has been the subject of rigorous environmental assessments by a range of regulators including the National Offshore Petroleum Safety and Environmental Management Authority, the Commonwealth Department of Agriculture, Water and the Environment and the Western Australian Environmental Protection Authority.

Woodside CEO Meg O’Neill said, “The Scarborough Project is underway and proceeding to schedule after receiving all primary environmental approvals.

“The project will deliver significant local and national benefits in the form of employment, tax revenue and reliable gas supply in the energy transition for decades to come.Woodside will vigorously defend its position in these proceedings”, she said

The Scarborough field is located in the Carnarvon Basin, approximately 375 km off the coast of Western Australia and is estimated to contain 11.1 trillion cubic feet (100 percent) of dry gas. The Scarborough gas resource will be developed through new offshore facilities connected by an approximately 430 km pipeline to a second LNG train (Pluto Train 2) at the existing Pluto LNG onshore facility.

Development of Scarborough will include the installation of a floating production unit with eight wells drilled in the initial phase and thirteen wells drilled over the life of the Scarborough field, with all wells tied back to a semi-submersible floating production unit (FPU) moored in 950 m of water close to the Scarborough field. Approximately five million tonnes per annum (Mtpa) of Scarborough gas will be processed through Pluto Train 2, with up to 3 Mtpa processed through the existing Pluto Train 1.

Greenpeace reminded also that Germany energy firms RWE and Uniper plan to purchase gas from Woodside commencing in 2025 and 2026 respectively.

Greenpeace Australia Pacific has shown in several studies the consequences that gas production can have on the marine environment. For example, the pipeline would pass directly through the migratory route of humpback whales and the protected Montebello Marine Park – an important breeding ground for sea turtles. 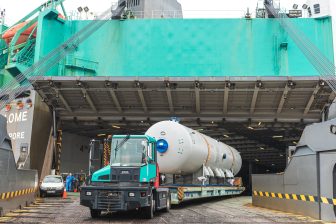 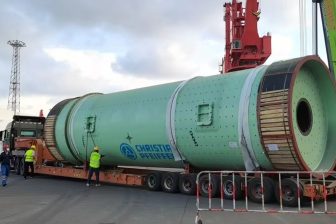 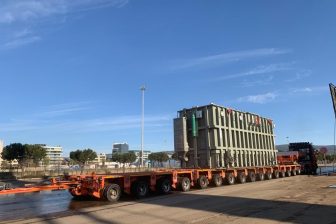