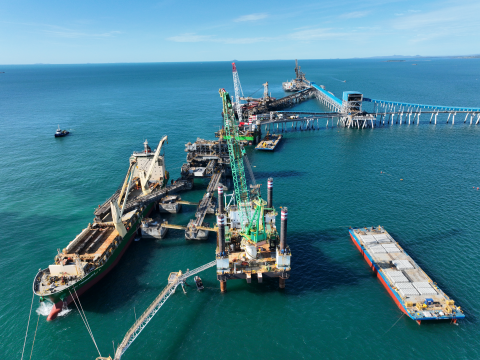 Singapore-headquartered AAL Shipping played its part in the disassembly of Berth 2 at Hay Point Coal Terminal in Queensland and the subsequent shipment to Henderson, Western Australia. Seven packages, with a total weight of 1,412 metric tonnes/8,929 cubic metres, were moved in a single sailing onboard the 19,000-dwt S-Class vessel the AAL Fremantle. The heavy lift vessels capable of lifting 700 tonnes moved the cargo for Geodis Autralia to Henderson for disposal.

“All aspects of the loading operation were extensively evaluated and planned – starting with the mooring of the AAL Fremantle to the old Berth itself where she was heavily exposed to wind, waves, current, tide, and vessel motion. These conditions needed to be factored into the lifting methodology along with load spreading and cargo sea fastening. Having multiple contractors and authorities working simultaneously required the development of complex risk assessments and mitigation, emergency procedures, and a coordination matrix to ensure that every stage was delivered to highest safety standards,” said Nicola Pacifico, Head of Transport Engineering at AAL.

He further noted that due to the complex nature of the lifting operation, AAL sent a Project Engineer and Cargo Superintendent from Singapore to oversee the loading and stowage operation – monitoring works throughout the unpredictable weather conditions the company faced.

“The level of engineering and operational oversight that AAL provided was not only crucial to reducing risk, down-time, and operational costs, but also provided our customer and stakeholders a high level of reassurance of a positive outcome – which we ultimately delivered,” he said.

“This was a complex and demanding project shipment and required a huge effort from Geodis and AAL’s team, collaborating to execute safely and efficiently. Transporting heavy lift berth and shiploader components from Hay Point to Henderson required regular pre-planning meetings – not to mention constant onsite dialogue with AAL representatives who travelled from Singapore to oversee works. It was the first time that a heavy lift vessel had performed such an operation there and AAL’s solution was executed flawlessly,” added Ben Williams, Project Manager of Project Logistics at Geodis Australia. 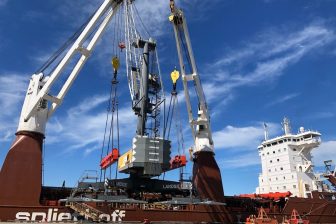 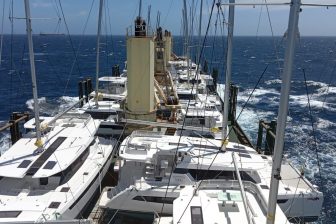