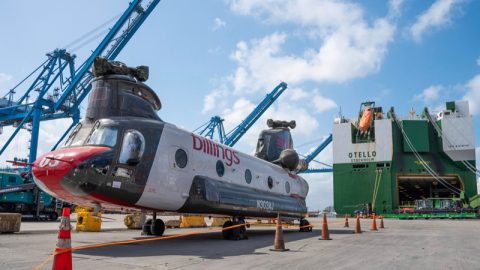 Challenges in biosecurity and weaker project cargo shipments in the Atlantic negatively impacted the Wallenius Wilhelmsen’s fourth quarter results. The operational profit mounted to 168 million dollars, a decrease of 8% compared to last year.

The company, which was formed through a merger of Wallenius and Wilhelmsen in 2017, reports a turnover 1.02 billion dollars which represents a flat market. Net profit, however, was slashed in half to 45 million dollars.

Ocean volumes were down 8% year-on-year due to planned reduction in contracted volumes for Hyundai Motor Group, a few large auto contracts not renewed due to unattractive rates, weaker project cargo shipments in the Atlantic and biosecurity challenges causing delays for the Oceania trade.

Commenting on the fourth quarter results, Craig Jasienski, President and CEO of Wallenius Wilhelmsen, says: ‘Results and operating margins for the fourth quarter was at a satisfactory level given the current market conditions, but below the results we would like to see and deliver. I am therefore very pleased to see good traction for the performance improvement program with more than USD 50 million (of the planned 100 million) already confirmed.’

Project and breakbulk cargo are important additions to Wallenius Wilhelmsen main revenue stream of automobiles and other vehicles. The company just recently transported a giant Boeing CH47D-Chinook helicopter from the United States to Chile to help combat Chilean forest fires. The Chilean pulp and paper brand CMPC have invested $30 million in the Chinook, which is capable of launching 10,000 litres of water every second and is now the largest piece of equipment in CMPC’s fire-fighting armoury of helicopters.

To transport the helicopter it was flown into the port of Tacoma, where it was then towed onto RoRo vessel Otello.