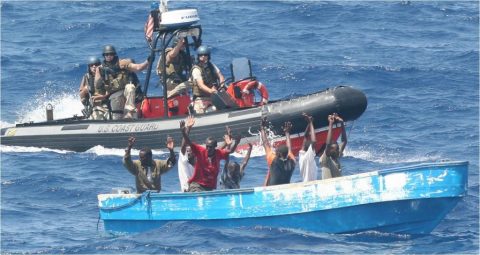 Shipowners call upon EU to battle piracy in Gulf of Guinea

PRESS RELEASE- European shipowners are extremely concerned about the escalating rate of piracy incidents and the continued levels of violence in the Gulf of Guinea.

The latest International Maritime Bureau (IMB)’s Piracy & Armed Robbery Report demonstrates that the Gulf of Guinea has become increasingly dangerous for seafarers. In the first nine months of 2019, the region accounts for 86% of the 49 crew taken hostage and 82% of the 70 crew kidnapped globally.

“The perilous circumstances in the Gulf of Guinea raise alarm bells for the safety and security of seafarers sailing through that area,” commented Martin Dorsman, ECSA’s Secretary-General. “The threats are also putting at risk trade and development both in the region and globally. It is time EU Member States step up their efforts to strengthen maritime security in the Gulf.”

ECSA calls upon the European policymakers to adopt a number of measures including engagement with the Gulf of Guinea governments to find a solution on the ground and active contribution to the maritime security outside the territorial waters by deploying warships. Both measures are much needed to mitigate the current situation, ECSA says.

A full overview of the proposed measures can be found here.