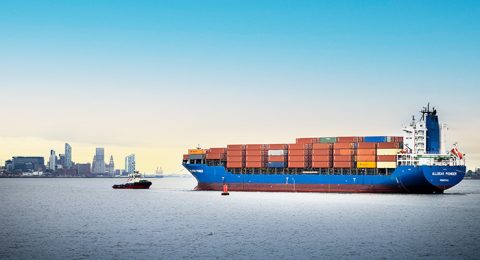 Following the success of the China Xpress service, Allseas Global Logistics has officially launched its new shipping line. The Allseas Shipping Company is the first British registered shipping line in 40 years. It specialises in import and export, via direct routes from Asia to Europe.

The launch of this shipping line comes at the tail end of the China Xpress service’s successful first year. This service ensured a regular route between Chittagong, Bangladesh, one of the world’s largest clothing and garments manufacturing countries, and the ports of Liverpool in the United-Kingdom, and Rotterdam in the Netherlands.

The idea to shift from forwarder to carrier, followed the increased costs and supply chain disruptions brought on by the COVID-19 Pandemic, which was declared as such in January 2019. In February 2021, when the idea for the China Xpress service’s came about the goal was to combat the sea freight availability challenges, which lead to the  chartering of four vessels. The maiden voyage for the China Xpress line took place in April 2021, with the MV Ronnie sailing from Shanghai to Liverpool. By January 2022, the China Xpress service won ‘Gold’ at the BIFA Freight Industry awards for its  positive impact on the shipping and supply chain industries in 2021.

Allseas Global Logistics is now expanding the China Xpress, into the Allseas Shipping Company. Access to container equipment via the British 1st Containers Company, and DKT Allseas the shipping liner agency have made this possible. Furthermore, a series of long-term Time Charter vessels have been announced, with an investment of over $150 million. This includes the 2000 TEU fully cellular container vessel, ‘The Allseas Pioneer,’ the first in a series of six.

The China Xpress service will also continue to expand, with future service routes via Genoa, Valencia, East India, Vietnam, Cambodia, along with Transpacific routes to the USA & Canada.