The Finneco III ro-ro cargo vessel, built in 2022, measures 238 metres in length and 35 metres in width. It has a gross tonnage of 64,575 tonnes, and a summer deadweight of 24000 tonnes. It operates on two 12,780 kW engines and can reach speeds of about 20.7 knots. Additionally, the Finneco II has a cargo capacity of 5,800 lane metres or about 40% more than their previous largest Ro-Ro ship.

The Finneco III model follows the Finneco I and Finneco II, in a series of hybrid ro-ro ships manufactured by China Merchants Jinling Shipyard in Jiangsu, China. These ships each have design features aimed at minimising their environmental footprint, with the Finneco II earning the “Green Plus” notation for example. 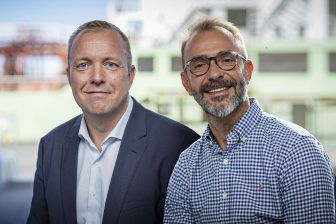