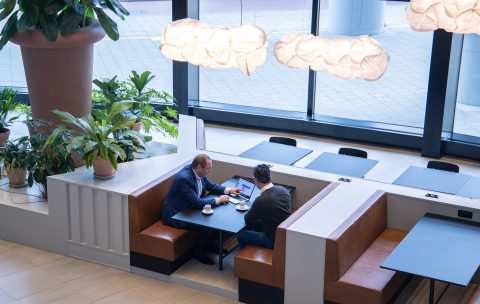 Appointments: BWS has a new chairman, Sallaum a new COO

Seems that the opening of a transfer window in the football world has opened the appointments market in the logistics sector, with a number of companies bringing in new names to their teams. Most notably, Blue Water Shipping has named a new chairman, Sallaum Lines have a new COO and MBS Logistics expanding its leadership team with a new CEO.

Blue Water has a new chairman

For more than 50 years, Kurt Skov has been a leading person in Blue Water Shipping. In connection with the company’s 50th anniversary in September last year, Skov announced that he wished to find a new head of the operational board, making it possible for him to slow down his work activities. Jørgen Wisborg has been chosen for the job, joining Blue Water after a long career as managing director for the Danish energy company OK.

After 17 years as OK’s managing director, he stepped down last year to focus entirely on board positions. Today, he has seats on several boards and considers it an essential task for a board to ensure well-functioning governance and act as an active link between the owners and management.

“I look forward to contributing to the further development of Blue Water in the right direction with a strong focus on clients and profitable growth. The company has a solid foundation, and the ownership secures excellent conditions for further positive development”, says Jørgen Wisborg.

He joins the operational board as member, and after a handover process, he takes over the chairman position from Kurt Skov, who continues as board member.

Swiss-based Sallaum Lines have looked into its own ranks and appointed an experienced shipping executive, Kay Lemcke, as its new Chief Operating Officer (COO). As of January 2023, Lemcke has relocated to the company’s headquarters in Kägiswil, Switzerland, to oversee the continuous operations and processes of the line.

Kay Lemcke has run Sallaum Lines Germany for 10 years, acting as Managing Director since foundation, responsible for the business generated out of Germany, UK and centralizing the in-house chartering and S&P trans-actions for the group.

In his new role as COO of Sallaum Lines, Kay Lemcke will be responsible for driving the company’s operating capabilities to surpass customer satisfaction and retention, and company goals; in addition, implementing the strategic vision and values of Sallaum Lines.

MBS Logistics has appointed Joerg Roehl as an additional CEO of the Cologne-based holding company, with effect from February 1, 2023.

Together with the company’s current executive leadership members, Andreas Janetzko and Daniel Steckel, Roehl will work to further increase the MBS’s global presence and success.

With more than 30 years of experience in the freight forwarding and shipping industry, Roehl brings a key focus on sea freight as well as project logistics management. Most recently, Roehl served as CEO for logistics provider Natco / Trans Global Projects in Switzerland. Prior to this role, he held numerous corporate management positions at Kühne & Nagel International, Geis Cargo, Bolloré Logistics, Agility Logistics and Hansa Heavy Lift.

Conceptum Logistics Group has been very active over the recent period strengthening its team with a number of new employees. In its German office, Pia V. Kohrs de Rivera has been hired as Head of Group Legal & Compliance. She is qualified as an attorney in Law under both, Spanish Law (Abogada) and German Law (Rechtsanwältin). And Ayleen Göllner and Jesper Feddersen strengthen the company’s operational departments, Customer Request Management & Pricing and Operations & Project Management from now on.

The company has also appointed Deniz Gezgin as Chief Commercial Officer (CCO) at Conceptum Logistics Istanbul, while in the United States the company appointed Larry Vasconez as Head of Business Development.

With her extensive experience in the project logistics industry Deniz Gezgin is seen as a great asset for the whole Conceptum Logistics Group. Vasconez has been tasked with developing business opportunities and creating customised solutions to customer needs. In addition, he will focus on sustainable energy business and strengthen Conceptum Logistics long-term commitment to delivering technical logistics solutions across the diverse industries covered by sustainable energy.

With his strong regional market focus and specialised knowledge of dimensional rail in North America, Drew will lead Trans Global Projects in providing tailor-made logistics services to customers in the United States across numerous industries. He will be based at TGP’s Houston, Texas offices and will be supporting the group’s current client base and cultivating business from his own already extensive network. 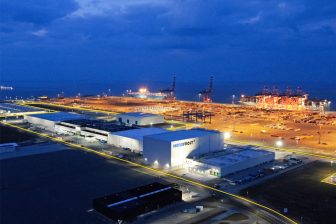 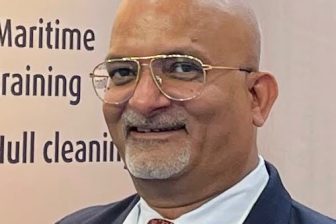