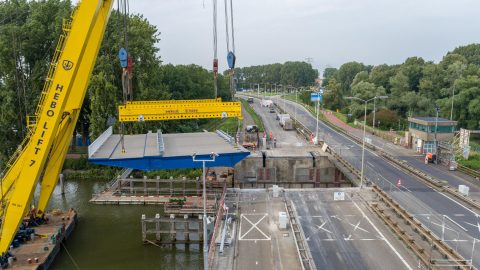 The first new movable steel section of the Wantijbrug, near Dordrecht, the Netherlands, has been hoisted into place. The bridge is part of the N3 motorway. The section weighs about 110 tonnes and measures 15 x 15 meters.

It was transported over water and arrived at the location on Tuesday 14 July. On Saturday morning 18 July, the old section was removed from the bridge using the sheerlegs Hebo Lift 7 of HEBO Maritiem Service. This piece of heavy lift equipment has a lifting capacity of 300 tonnes and can reach heights of up to 57.5 meters. At 7 pm, the new section was lifted and was in place at around 9 pm. The project was coordinated by the team of contractor Volkerbrug. 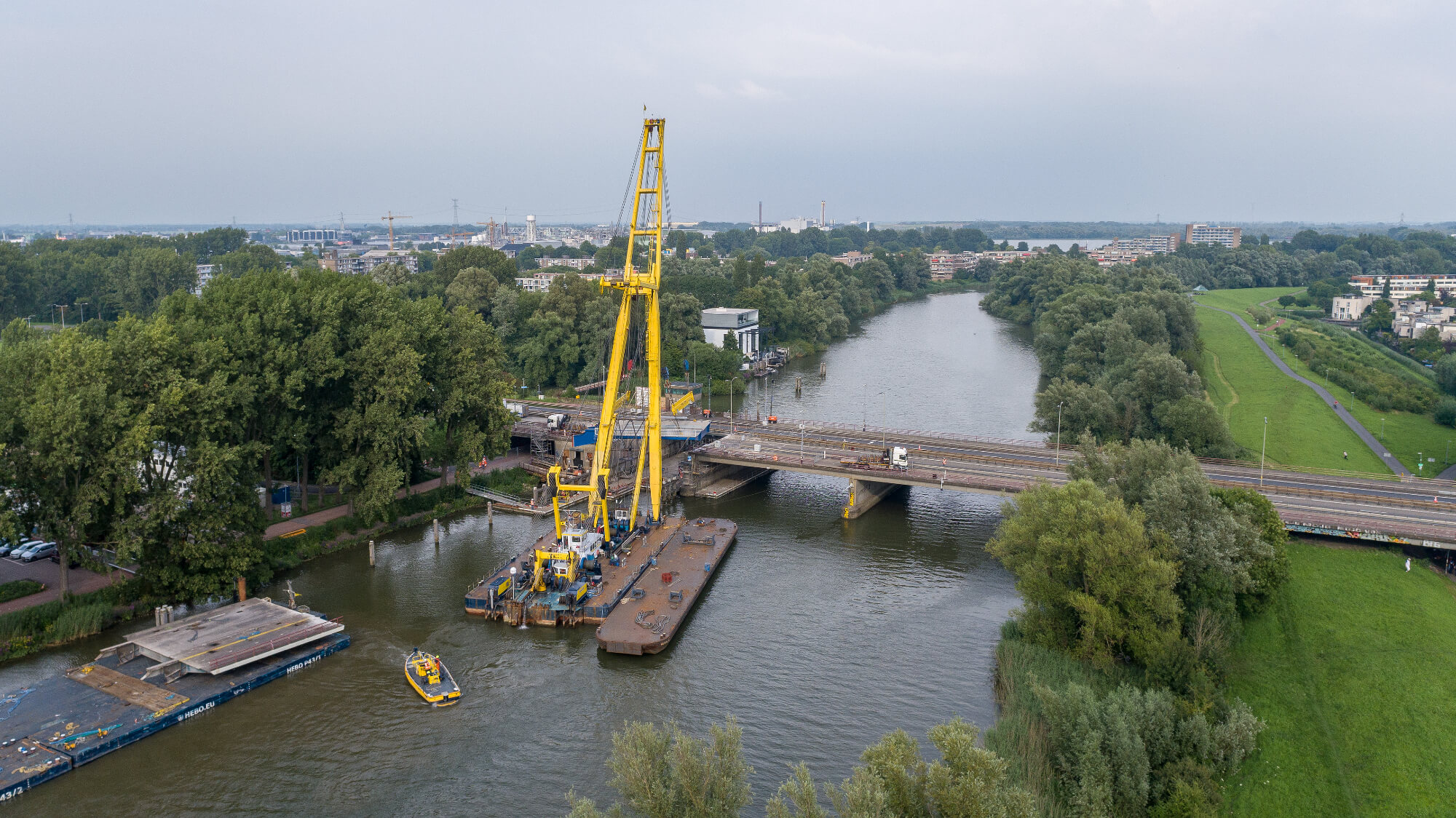 This weekend a second similar section will be placed, which will arrive at the location on Thursday 23 July. Placement of this section can be watched live on the N3 werkzaamheden website.

“Rijkswaterstaat is facing a major task in the coming years”, says Arjan Driesprong, chief engineer-director of Rijkswaterstaat. “With more traffic and heavier lorries, many older bridges, tunnels, locks and viaducts from the 1950s and 1960s are in need of replacement and renovation. In addition to the Wantijbrug, think of the two Merwede bridges at Papendrecht and Gorinchem, the Heinenoord tunnel and the major maintenance work on the N3. Testing the new standard systems for operation, control and monitoring of the bridge will be exciting, but I am confident that the bridge will function well again from 11 November.”

Rijkswaterstaat is renovating the Wantijbrug and will place new heavier steel movable parts with a sound-absorbing underside. In this way, the bridge will once again meet the latest requirements. The base of the bridge has been reinforced to carry these parts.

In addition, the bridge will have new mechanical and electrical installations, as these are at the end of their technical lifespan. A new standard system for operating, controlling and monitoring the bridge has also been developed. This new standard will later also be used for other bridges to be renovated, such as the Van Brienenoordbrug near Rotterdam.