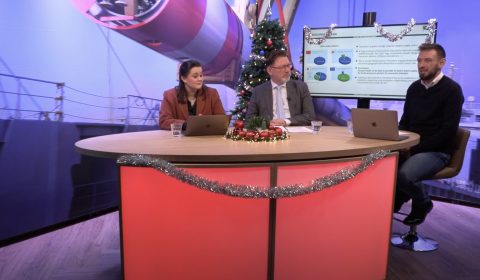 The global fleet of multipurpose (MPP) vessels ageing rapidly, combined with the vast majority of the orderbook being in China, has created a cluster risk within the sector. Do Dutch shipyards have the capacity to bring more MPP newbuilds into the market?

Only 5% of MPP vessels ordered by European actors are manufactured within the European Union (EU). Despite many EU nations, such as Germany, Spain and Portugal, Croatia, and Italy, having shipbuilding capacities, most focus on smaller vessels, specialised tonnage, navy vessels, and cruise vessels, according to Yorck Niclas Prehm, head of research at Toepfer Transport.

“There is a very strong Dutch shipbuilding industry, with regards to cargo ships, they learned how to structure shipyards to do serious shipbuilding,” comments Prehm during the Project Cargo Journal Live webinar that took place on December 15. Within the Netherlands, “The Dutch shipbuilding industry is a bit divided, with the yachting industry as a sector apart, and then there is the cargo and service vessel industry.” explains Cor Hoogendoorn, CEO and director of Holland Shipyards Group, which he founded in 1981.

Within the latter segment, “Damen is the leading shipbuilding company, there is also the dredging market where Royal IHC is still leading, and then you have five to ten medium to small shipyards, in which Holland Shipyard Group is included. They typically have around 100 to 200 employees each, and build in the mid-segments. We do a lot of ferries for example. In the north, many shipbuilders work on coastal vessels, and tugboats every now and again. Mostly we are focussed on specialised vessels,” elaborates Hoogendoorn.

“Vessel hulls are simple to make, but require a high amount of labour: about 70% of the labour is in the hull. However around 70% of the added value is in the outfitting of the vessel. So in 2001, Holland Shipyard started building inland vessels with hulls imported from China to the Netherlands, where we perform the outfitting,” states Hoogendoorn, “We have sort of a symbiotic relationship.” Indeed, “The outfitting is difficult to control in China, with regards to quality and delivery terms especially. However, hulls are simple. That is the advantage in this combination.”

China has enormous capacity for large scale projects, that the Netherlands does not. They also have competitive prices, both due to a low cost of labour and raw materials like steel. Indeed, within the EU, anti-dumping laws are in place that raise the price of imported steel. “This tax does not apply when the steel imported has already been made into a hull,” specifies Hoogendoorn. As such, importing hulls from China to be outfitted within the Netherlands lowers production costs, and increases the capacity of the Dutch to produce more outfitted vessels.

“There is a lack of workforce in the Netherlands,” states Hoogendoorn. As a result of this, Dutch shipyards can handle hull weights up to around 500 to a thousand tonnes. “Any bigger and it’s advantageous to make the hull in China and bring it to the Netherlands,” he explains. Hence, the tendency for Dutch shipyards to focus on mid-sized vessels and outfitting. “But as long as we can import the hull from China, we can compete up to any size.”

A second issue that can arise is that of transportation costs. Inland vessel hulls need to be shipped aboard a seagoing vessel in order to reach European shores. “It’s a huge cost, it’s almost half the price of building a hull,” says Hoogendoorn, “You also need surveyors on the ground to help maintain the building schedule and control quality.” Lastly, clients have lasting reservations when it comes to ordering vessels built in China, following the series of lockdowns that have plagued the country since the COVID-19 pandemic.

A third consideration is that Chinese Shipyards are themselves aware of the 70-70 rule, and thus do not want to confine their activities to hull building. As a result, “If we build let’s say, five ships in China, the next five will be going directly to the customer from the Chinese shipyard. They learn very fast, we should be aware of that, and find ways to protect our knowledge, to maintain our competitive advantage,” states Hoogendoorn.

China has the competitive advantage when it comes to simpler, larger series: “It all depends on the size of the ships. Small, complicated ships, we can compete,” reiterates Hoogendoorn. But while the Netherlands has a technical advantage, Dutch shipbuilders need to stay innovative to maintain this: China will always eventually catch up so we must stay competitive, and think outside the box when it comes to innovation,” Hoogendoorn states.

Hoogendoorn posits that on the political side of things, the Dutch government could stimulate its national shipbuilding industry by alleviating steel anti-dumping laws: “Steel prices were always around 80 cents to one EUR per kilo, rising with inflation. Last year, we faced 2,6 EUR per kilo. In China, the prices hardly moved.”

“In the Netherlands, there is much interest in shipbuilding on the level of design and engineering, but not so much interest in welding for example. We do not have the labourforce nationally to take on large orders of MPPs. Most shipyard workers come from other EU countries, such as Romania, Poland and Lithuania,” elaborates Hoogendoorn, “It’s a global business. With machinery from Germans, style from Italy, Dutch work ethic, and labour from anywhere, you can build a great ship.” 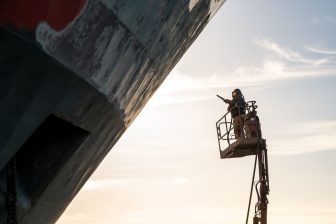 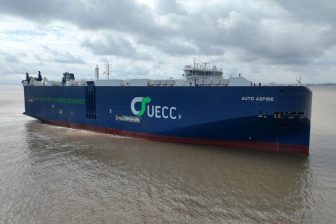