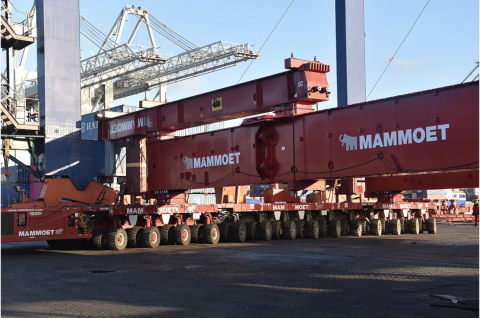 Mammoet has developed new containerized ship-to-shore crane transport beams which were recently put to test in Rotterdam, where the heavy lif company used the new beams to transport 12 container cranes.

According to Mammoet, the new containerized transport beams, or CTB’s, offer a more flexible, faster and cost-effective solution to current transport beams, due to the modular nature of the design.

Transport beams are a proven method for relocating cranes in one piece. SPMT’s are used to insert the beams underneath the cranes and then, using their hydraulics, gradually lift the cranes out of their tracks on the quayside. It is, however, a costly and time-consuming process during which the crane is idle and blocks the quay area.

Mammoet’s new beams are designed to speed up that process, through faster and easier mobilization of the transport beams. The Duch heavy transport company has developed a 3600-ton capacity, modular beam with smart couplings, which adds greater flexibility and efficiency to the process, the company states.

‘Due to its modular design, all parts of the beam can fit in to four standard containers. This results in rapid mobilization, easy transport and lower transport costs’, Mammoet writes in a press release.

The beam is available in variable lengths and configurations so it can be used for any type of harbor container crane and rail widths. They can be extended up to 48 meters long with additional beam parts. And while modular in design, the CTB is fast and easy to assemble due to smart couplings. Only a small crew and an 80-ton capacity mobile crane or container handler is required to offload and assemble the beams.

“The ability to relocate harbor container cranes in one piece means our customers can maximize the productivity of these specialized cranes,” said Jacques Stoof, Mammoet’s Innovations and Business Development Director. “The rapid and easy mobilization of these containerized beams means this can now be done in a more efficient and cost-effective way.” 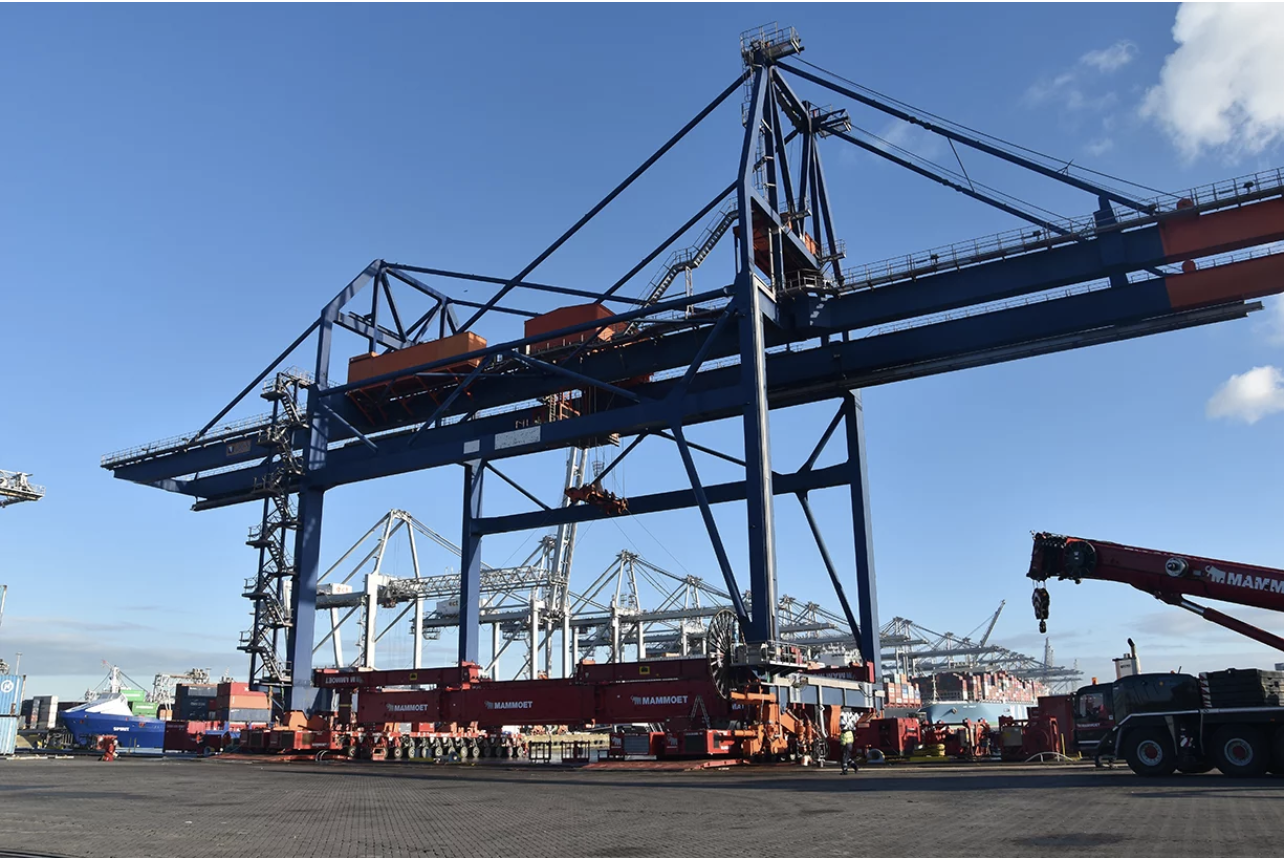 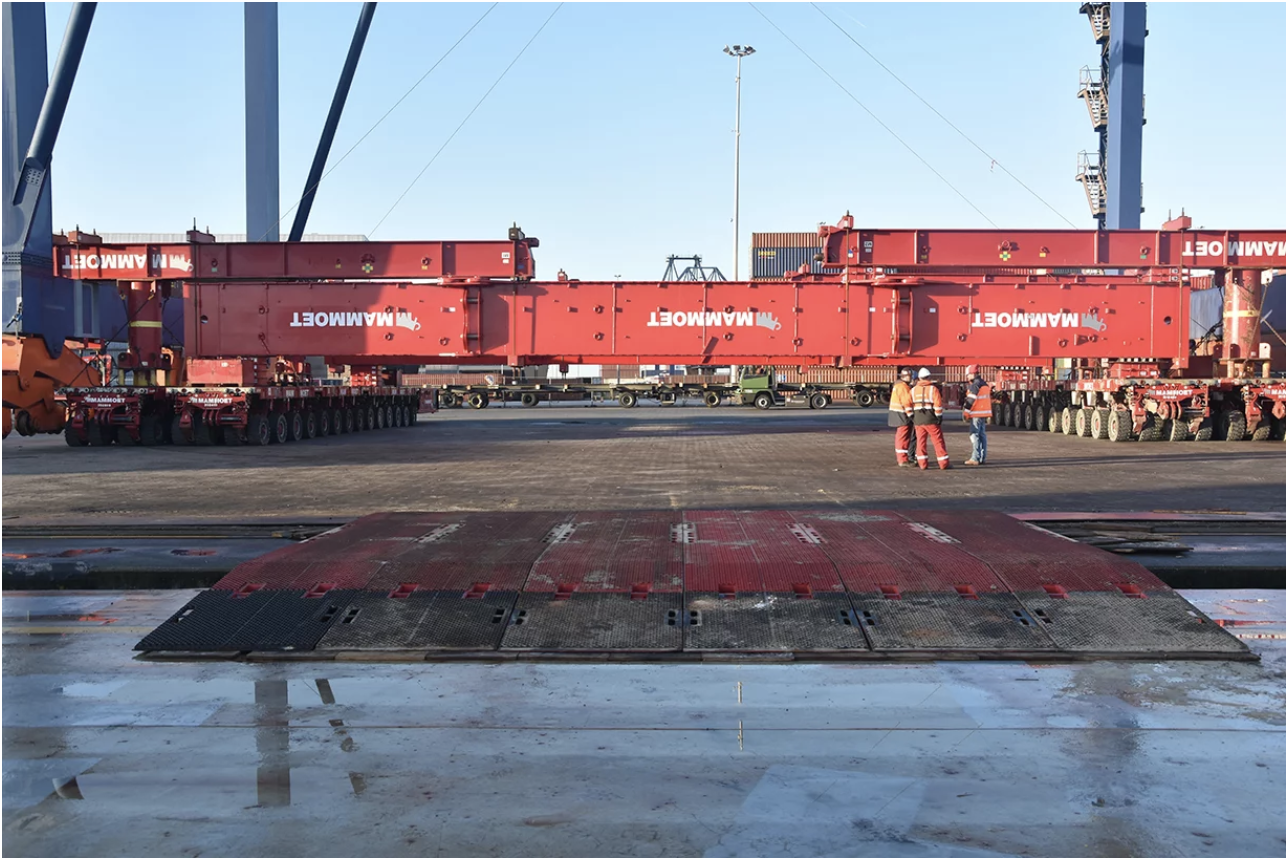