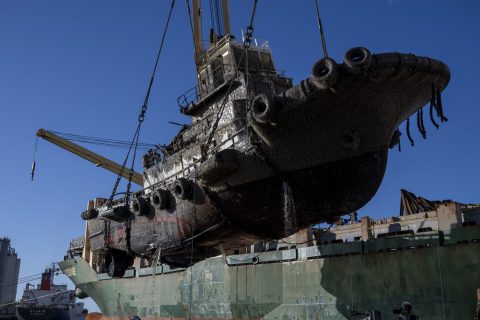 The Singapore-based maritime transportation company AAL Shipping has begun an operation in Devonport, Tasmania, salvaging two tugboats. The York Cove and the Campbell Cove sank in January, following a collision with a cement carrier, the Goliath.

For this operation, AAL shipping deployed the AAL Melbourne, general cargo and heavy lift ship built in China in 2013, with a maximum capacity of 32,128 tonnes, a length of 193.83 metres, and a beam of 29.1 metres. Melbourne’s four cargo cranes were used to lift the York Cove out of the Mersey River.

The operation was complicated by weather conditions, currents, and the fact that the total weight of the water-filled York Cove was not known at the time of the lift. Indeed, though the first tug weighs 310 tonnes, the weight of water, fuel and marine growth had to be estimated. As a result, the operation was carried out slowly.

The second tugboat, the Campbell Cove, is likely to be lifted today, as the positive weather window may close by Wednesday. The Tasmanian Port Corporation (TasPort) staff and the AAL crew will continue to collaborate closely. Additionally, due to the estimated 60,000 litres of fuel spilt into the river, cleanup operations will continue. Lastly, the crash is under investigation by the Australian Safety Bureau. 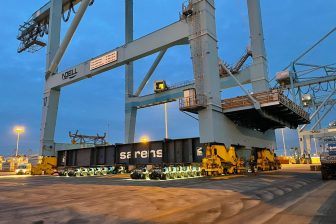 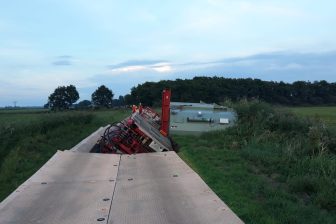 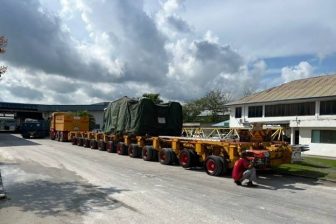