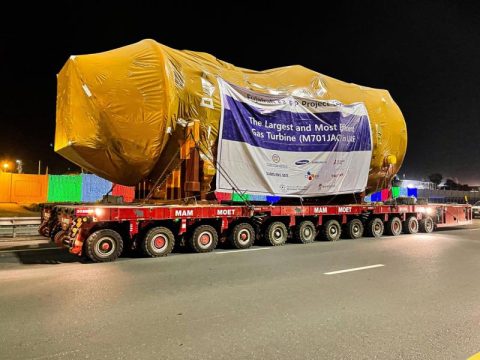 Mammoet delivered three of the the United Arab Emirates’ (UAE) largest and most efficient “JAC”- class gas turbines to the Fujairah F3 Power plant (F3). The turbines were then installed on foundations.

The F3 plant is located 300 kilometres northeast of Abu Dhabi, at the Fujairah Water and Electricity complex. The 2.4GW Independent Power Plant (IPP) project will be able to power around 380,000 households. Mammoet was charged with the receiving, transport, lifting and installation scope of power plant components including the turbines by the EPC contractor of the project: Samsung C&T Corporation.

To avoid inland mountains, a specific route had to be followed, which presented some challenges. To be able to fit the turbines on trailers, measuring 7.5 metres in height, under a bridge with a 7.3 metres clearance, the turbines were loaded directly onto the trailers without transport beams. While this reduced the transport height by 30 centimetres, it also meant that the cargo would need to be lifted off the trailers and installed directly upon arrival at the site.

The largest components were thus lifted off the trailers and directly installed onto their foundations using a gantry. Mammoet also used one 1,250 tonne and two 400 tonne crawler cranes for the installation of other components, such as 45 Heat Recovery Steam Generator modules. Each module, weighing up to 338 tonnes, needed to be lifted out of its shipping frame before being installed inside the HRSG unit. 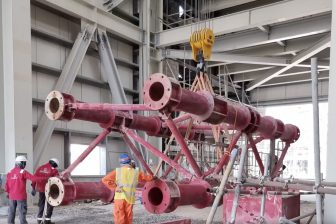 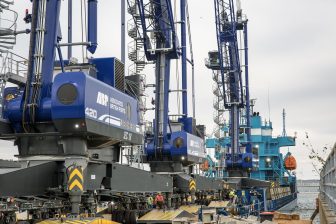