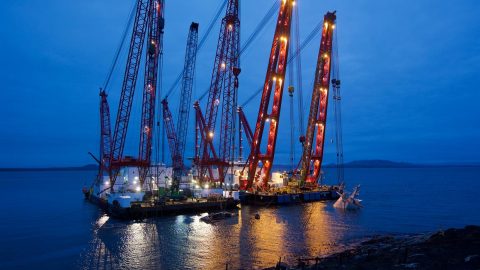 Two large crane barges have begun lifting the sunken Norwegian frigate KNM Helge Ingstad, which collided with an oil tanker in November last year and has been stranded off Norway’s west coast since.

​The operation to raise the ship out of the water has been complex, and it has been postponed several times due to rough weather conditions. In order to raise the frigate safely, wind and waves must be calm for five to six consecutive days and the maximum wave height must not exceed 0.5 meters.

‘Forecasts indicate that the needed weather window occurs now – and the operation was initiated early morning Tuesday 26 February’, Norwegian armed forces said in a statement. During the first phase of the operation, most of the work will be conducted under water.

Two barges have anchored up next to the frigate. Since the accident in November, divers and personnel have been working to pull several lifting chains around the hull. Four large hoists on the two barges will now slowly lift the frigate from the seabed.

The frigate will then be raised onto a sub-surface barge, which then will be raised to the surface. Aboard the barge, KNM Helge Ingstad will be shipped to Haakonsvern Naval Base in Bergen. If the operation goes according to plan, the ship may be at Haakonsvern some time during the weekend 1–3 March, the armed forces say.

The frigate was involved in a collision with the oil tanker “Sola TS” just outside the coast northwest of Bergen in western Norway on 8 November 2018. Eight people got injured in the accident which also caused the temporary closure of a North Sea crude export terminal, Norway’s top gas processing plant and several offshore fields. 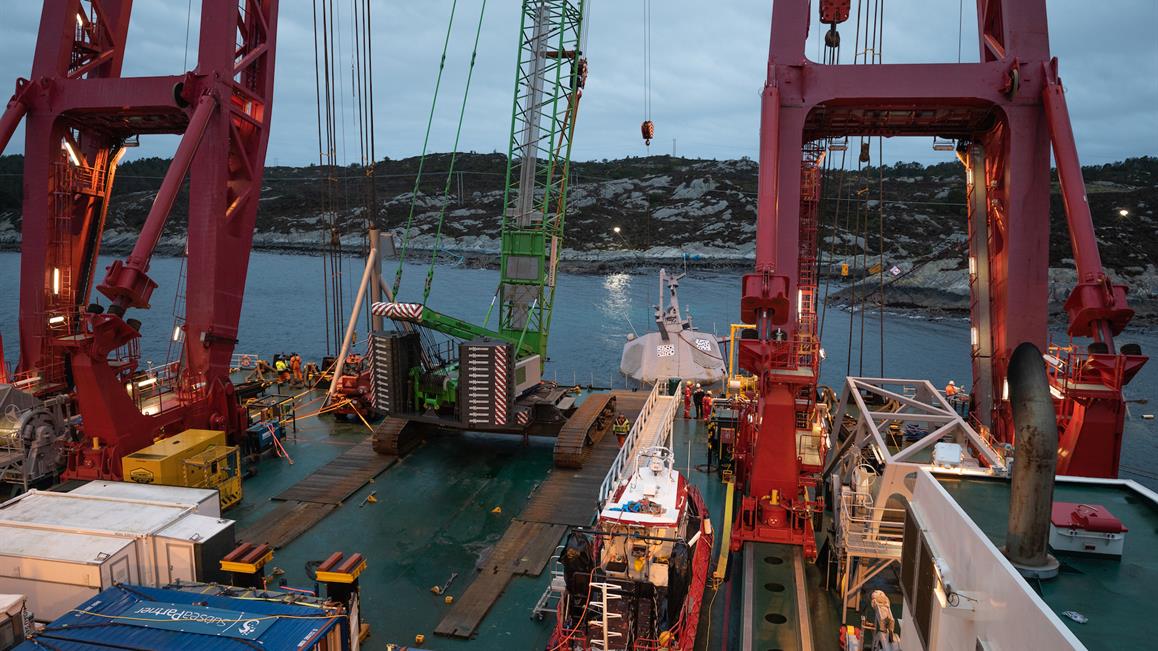