Oil and gas exploration is off to a flying start in 2019, with the oil majors taking a bigger bite of the conventional resources discovered in the first quarter, says analyst firm Rystad Energy. 2019 may even become the best year since the downturn in 2014.

In February, oil companies recorded 2.2 billion barrels of discovered oil resources, the best monthly tally on record since August 2015. In total, discoveries in the first quarter reached 3.2 billion barrels of oil equivalent (boe), which Rystad calls a “robust” number. In fact, first quarter findings already make up one-third of the total oil and gas discoveries of 2018, which amounted to 9.1 billion boe.

“If the rest of 2019 continues at a similar pace, this year will be on track to exceed last year’s discovered resources by 30%,” says Taiyab Zain Shariff, Upstream Analyst at Rystad Energy.

The increase in discoveries is good news for project cargo carriers who’ve been struggling with low transport demand since the oil price collapsed in 2014. New discoveries lead to new installations, meaning that things will need to be transported. 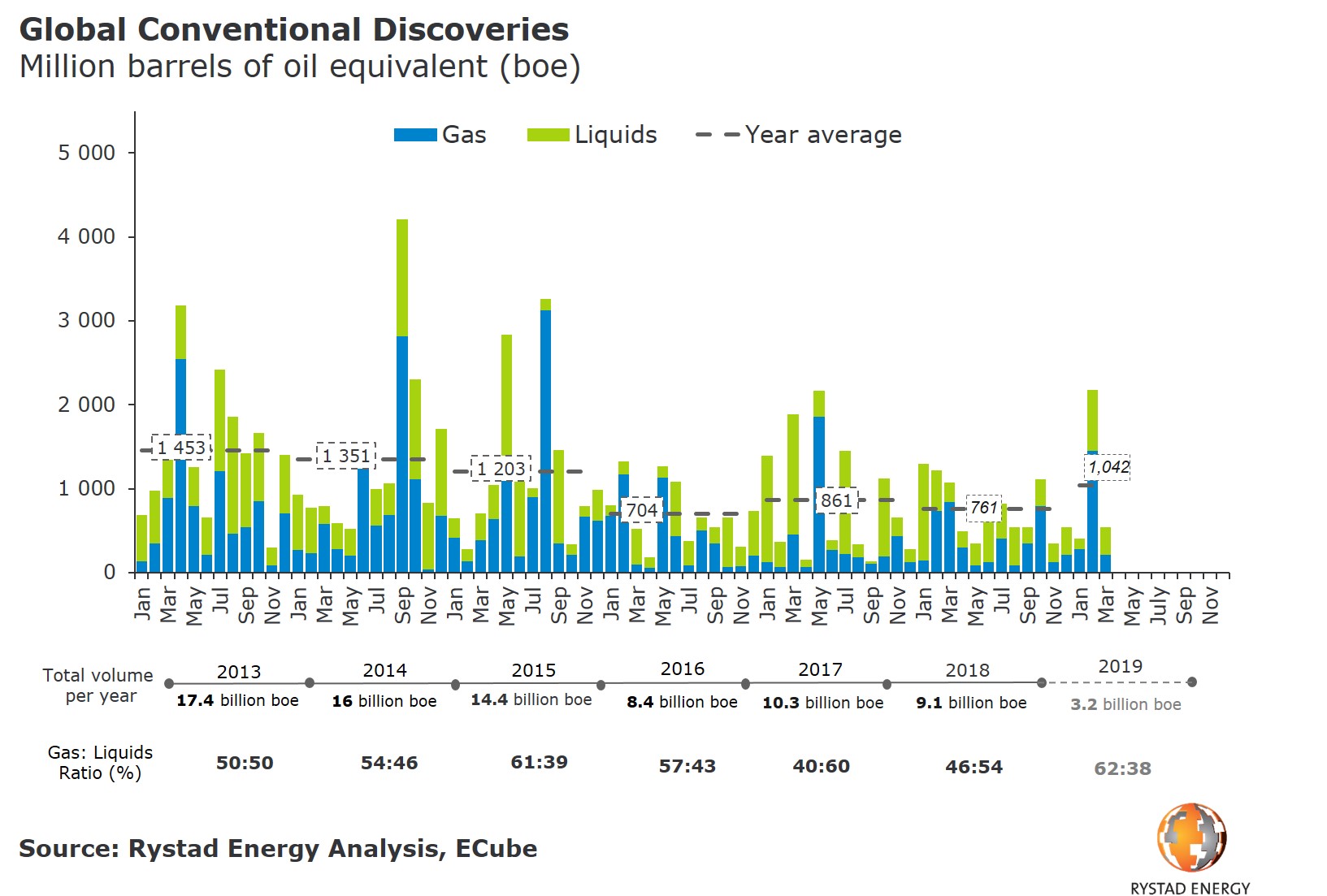 ExxonMobil was the most successful this year, discovering three significant offshore fields that account for a staggering 38% of total discovered volumes. The Texas-based oil company announced the largest discovery of the quarter with the find of a large, gassy field offshore of Cyprus in the Eastern Mediterranean that holds approximately 700 million boe. On top of that, ExxonMobil also found two new Guyana wells, one of which is the third biggest find of the quarter.

French oil major Total and Italian Eni were also successful with discoveries of offshore wells in South Africa, the United Kingdom, Angola and Egypt. The largest onshore find on the first quarter was made by Spanish Repsol, who discovered the Kali Berau Dalam gas field in Indonesia. 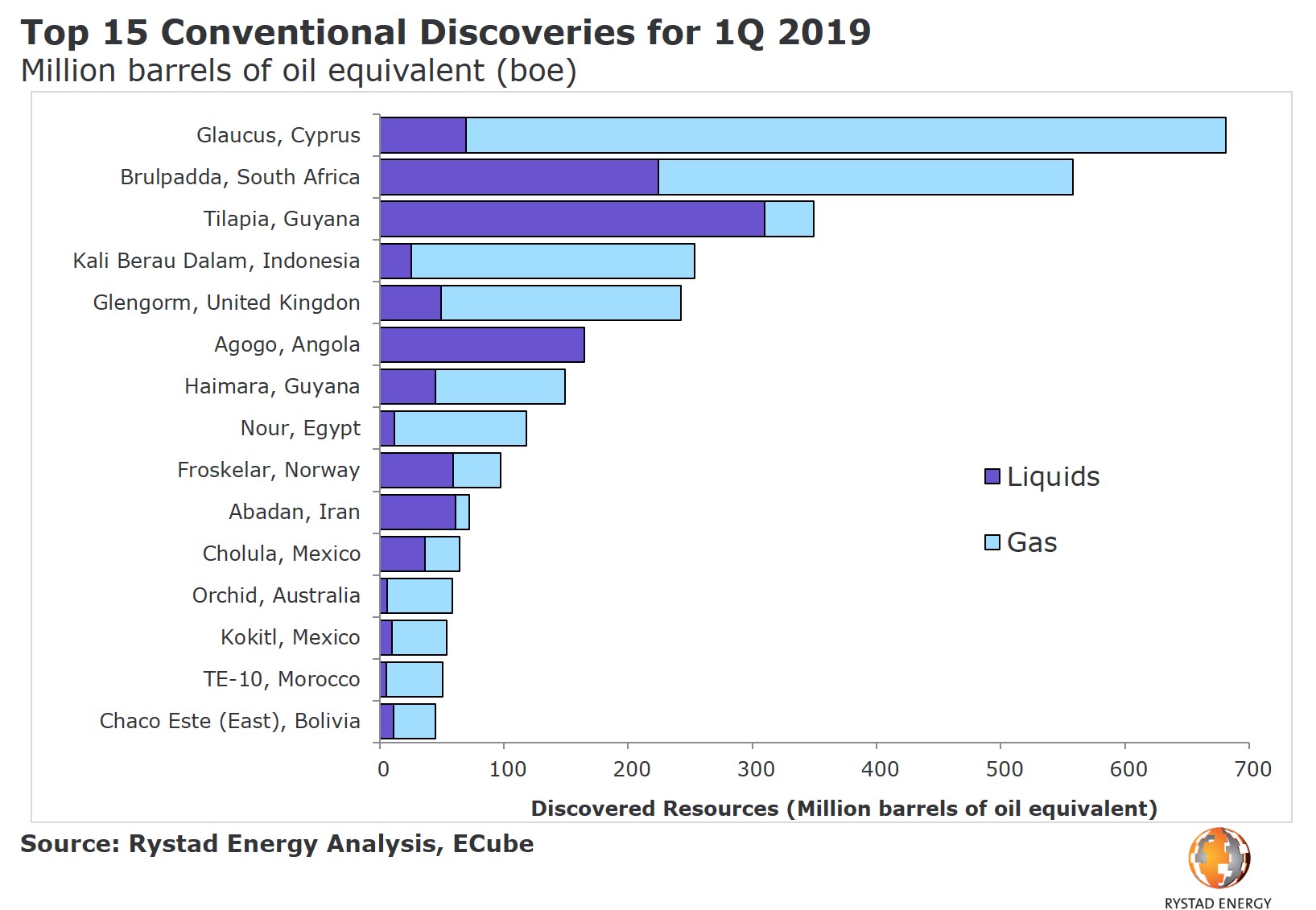 “From a global perspective, the push for substantial new discoveries shows no signs of slowing down, with another 35 high impact exploration wells expected to be drilled this year, both onshore and offshore,” Shariff notes.

“If these wells prove successful, 2019’s interim discovered resources will be the largest since the downturn in 2014,” Shariff remarked.