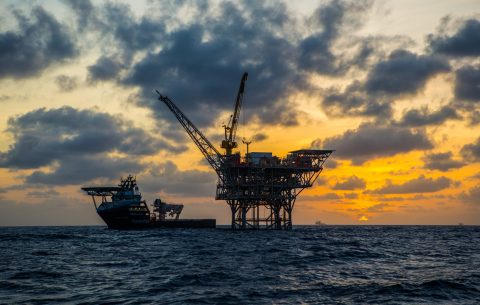 BP’s profit shrinks, but production is set to grow

BP has booked a 9% lower net profit in the first quarter of 2019, but increased oil and gas production and strong trading results did lead to higher operating cash flow.  The oil major started production of three major Upstream projects and took the final investment decision taken for three more.

The oil major booked a net profit of 2.4 billion dollars, down 200 million dollars in comparison with last year. The result reflected the weaker price and margin environment at the start of the quarter, partially offset by strong supply and trading results, BP said in a statement.

“BP’s performance this quarter demonstrates the strength of our strategy. With solid Upstream and Downstream delivery and strong trading results, we produced resilient earnings and cash flow through a volatile period that began with weak market conditions and included significant turnarounds. Moving through the year, we will keep our focus on disciplined growth, with efficient project execution and safe and reliable operations,” Chief Executive Officer Bob Dudley said.

Reported oil and gas production for the quarter averaged 3.8 million barrels a day of oil equivalent, which is an increase of 2% in comparison with the same period last year.

The three major Upstream projects that have started production are Constellation in the Gulf of Mexico, the West Nile Delta project in Egypt and the Angelin project in Trinidad. The company also took final investment decisions on the Atlantis Phase 3 (Gulf of Mexico), Seagull (UK North Sea) and Azeri Central East (Azerbaijan) projects.

The major oil spill of platform Deepwater Horizon in 2010 is still costing the company lots of money. In the first quarter, BP paid 600 million dollars in damages and other related costs.

The acquisition of BHP, a deal worth 10.5 billion dollars, also cost the company a substantial amount of money and increased its gearing to over 30%. To reduce its debt, BP will divest 10 billion dollars worth of business in the next two years.