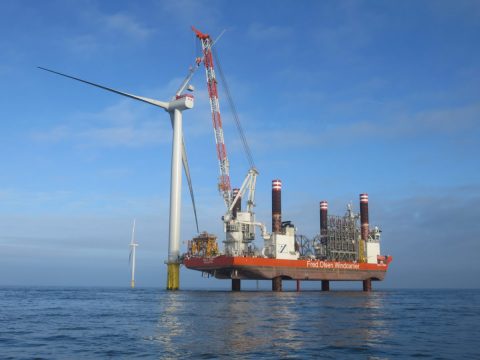 Fred. Olsen Windcarrier has won a large contract from MHI Vestas Offshore Wind for the transport and installation of 100 9.5MW wind turbines for the Moray East project off the East coast of Scotland. The turbine installation is scheduled to commence at the beginning of 2021.

Fred. Olsen Windcarrier will deploy one of the Tern Class vessels for the project, using the Port of Invergordon as the pre-assembly harbour.