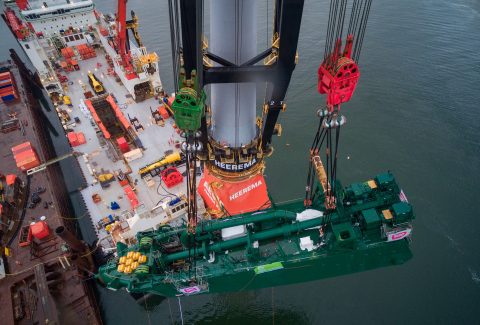 Spartacus is a 164 meter long and 44,180-kilowatt strong, self-propelled cutter suction dredger. Like other recent newbuilds from DEME, the vessel is equipped with dual fuel engines so it can run on LNG.

The vessel was launched on the 10th of November last year at IHC’s shipyard in Krimpen aan den IJssel, which is close to Rotterdam. Since then, the vessel has been laying at the quayside for further construction.

After the locking pins were engaged, the cutter ladder installation was completed. The Spartacus will now return to IHC for further construction activities, while the Aegir will soon depart Rotterdam to execute other projects in the North Sea. 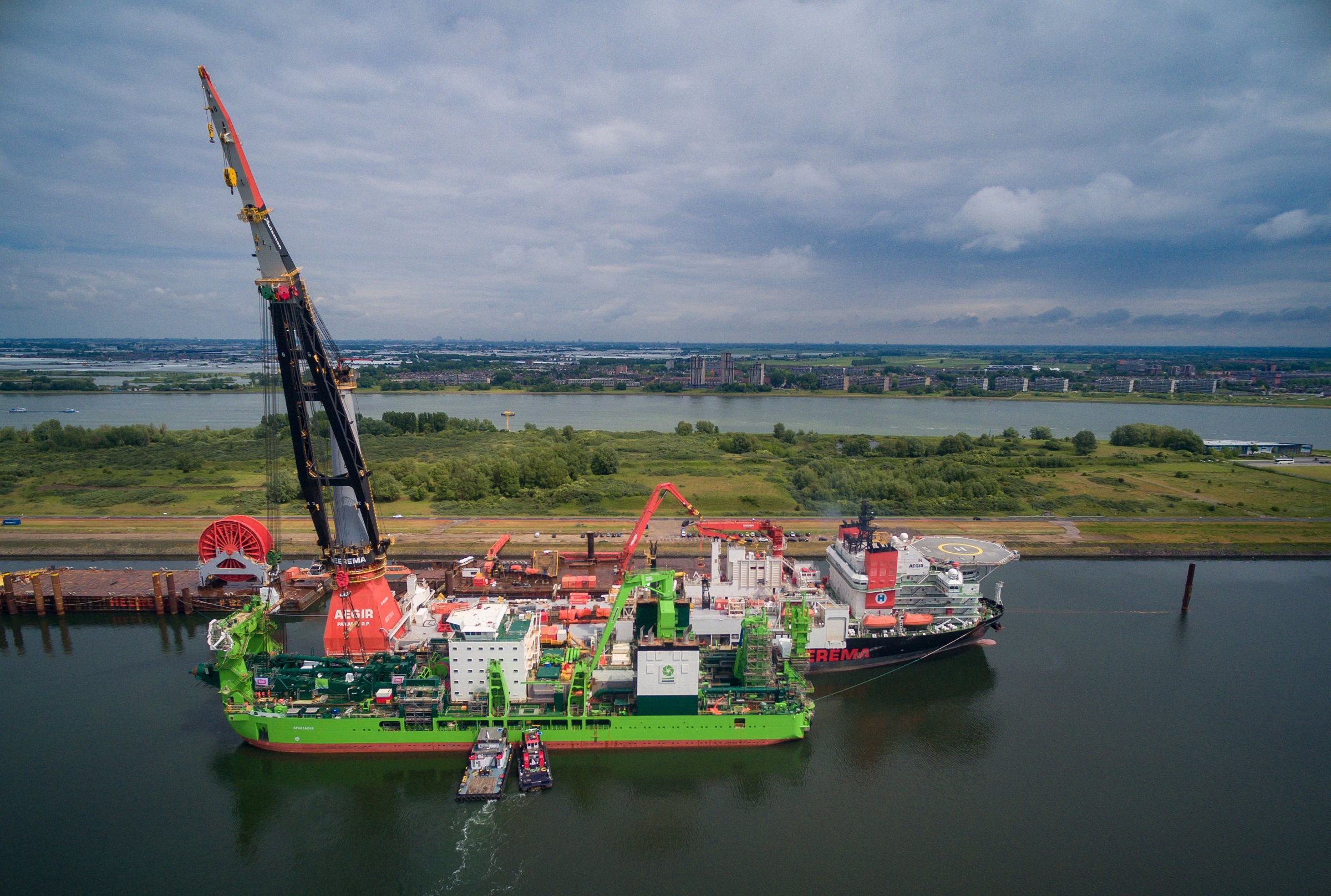 “DEME’s drive to innovate and focus on sustainability is reflected in the company’s multi-year fleet investment programme,” said DEME CEO Alain Bernard when the Spartacus was launched. “The new additions to the fleet are part of our continuous efforts to further increase efficiency, both in terms of production and environmental performance. Spartacus stands out because of her unrivalled power and high-tech features on board. The cutter suction dredger will drive new levels of performance and provide our customers with flexible solutions for dredging projects in even the harshest and remote environments.”