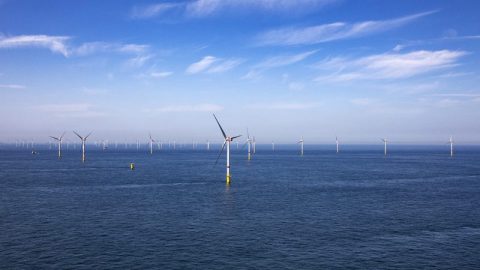 The US offshore wind energy market is set for growth now that Connecticut is ready to join in a USD 70 billion offshore wind expansion off the Atlantic coast. Connecticut’s state Senate passed a bill on Tuesday that requires utilities to buy as much as 2 gigawatts of the renewable energy source, equivalent to almost a third of the state’s electricity needs.

The bill passed unanimously in the Senate late Tuesday and now heads to Governor Ned Lamont, reports Bloomberg. If he signs it, regulators will have 14 days to produce a plan to solicit bids from developers.

Connecticut will be joining New York, New Jersey and Massachusetts in leading the effort to build a $70 billion offshore wind industry along the Atlantic coast. Combined, the States have plans to add more than 25 gigawatts over the next 15 years., Massachusets

For Connecticut, the 2-gigawatt goal is a big step up, as it previously planned to only buy 300 megawatts of offshore wind energy.