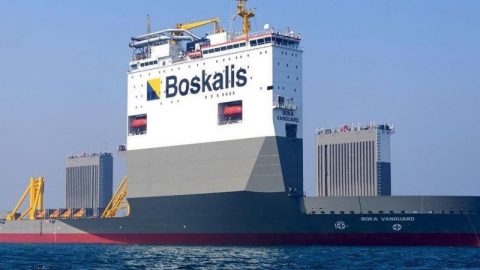 Dutch offshore contractor Boskalis has recorded a strong decline in its operational result in the first half of 2019 posting a loss of EUR 33.1 million. The company says it is suffering from a drastically changed attitude in the offshore wind industry as a consequence of the move to zero subsidies and increased competition.

“We are being confronted with a drastically changed attitude of many of these clients. Under pressure from the disappearance of subsidies on wind farms, clients are keenly looking for ways to reduce costs. This has resulted in a considerably more tense situation in the execution of projects and accumulation of disputes on projects and lengthy claim procedures,” says Boskalis CEO Peter Berdowski.

The company is currently experiencing contractual issues on a limited number of offshore projects, partly in decommissioning but mostly in offshore wind cables. Following a thorough review of the projects in hand, provisions of slightly more than EUR 100 million have been made on a limited number of onerous contracts. The Dutch company adds that it is confident that a substantial part of these provisions can be recovered in time, but has not taken this into consideration in the reported figures.

“In order to respond better to the changed market situation, we have tightened the organization of the Offshore Energy division and in particular that of Subsea Cables. The provisions have a major impact on the earnings of the Offshore Energy division in the first half of the year resulting in a loss, despite the stable revenue and the decent occupancy of the vessels,” Berdowski says.

Boskalis’ revenue in the first half of the year increased by 8.6% compared to the first half of last year to EUR 1.27 billion. Profit from operations (ebitda) amounted to EUR 135.7 million compared to EUR 167 million in the same period last year. However, the company turned its net result around to a small profit of EUR 1.3 million, which is a huge improvement compared with the loss of 361.4 million last year.

According to Boskalis the outlook for the remaining part of 2019 is “not fundamentally different from that in the first half-year and with no further loss provisions anticipated.” The company does, however, expect strong improvement in the result.