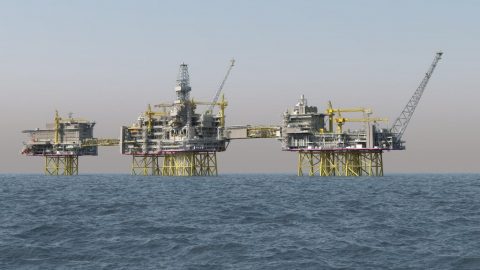 OPEC and its allies have agreed to cut oil production by 9.7 million barrels per day starting May 1st. The record cut is aimed at stabilizing the oil price which has dropped dramatically due to the coronavirus and an oil price war launched by Saudi Arabia.

The record production cut will initially last for two months. After that period the cut will be eased to 7.7 million barrels per day (bbl/d) for the remainder of 2020. As of 2021, the cut will then be eased further to 5.8 million bbl/d for a period of 16 months.

OPEC+ wanted to cut production by 10 million barrels but Mexico refused to go along with the initial proposal which would require the country to reduce its oil output by 400,000 bbl/d. Mexico stood firm on a maximum cut of 100,000 bbl/d resulting in the total daily production cut of 9.7 million barrels. This was accepted because the US agreed to compensate by cutting output by another 300,000 bbl/d.

At an emergency meeting last Friday, the G20 oil ministers agreed there’s a need to stabilize the oil price but no specific production cuts were agreed upon yet. According to Reuters, OPEC+ asked the other producing nations to cut their output by a further 5%.

The US is reported to have demonstrated “unusual willingness to help” by Reuters, brokering the deal with Mexico and reducing its own oil output. President Donald Trump tweeted on Sunday that “The Great Oil Deal with OPEC Plus is done.” He later added that OPEC+ is actually looking to cut production by 20 million bbl/d.

….disaster, the Energy Industry will be strong again, far faster than currently anticipated. Thank you to all of those who worked with me on getting this very big business back on track, in particular Russia and Saudi Arabia.

Despite this being the largest production cut by OPEC+ to date, analysts say it is not enough to combat the dire situation in the oil industry right now.

“OPEC+ seems to disappoint the market more often than not. They needed to move mountains here and they maybe moved a hill”, managing partner John Kilduff of Again Capital, a New York-based investment firm focused on energy, told Reuters.

Bjornar Tonhaugen, head of oil markets at Rystad Energy told Reuters a 10 million-bpd deal is far lower than what the market needs at the moment. “And even that seems to be of a fragile nature, as OPEC+ producers appear to struggle to agree, dragging negotiations longer than expected”, he said.