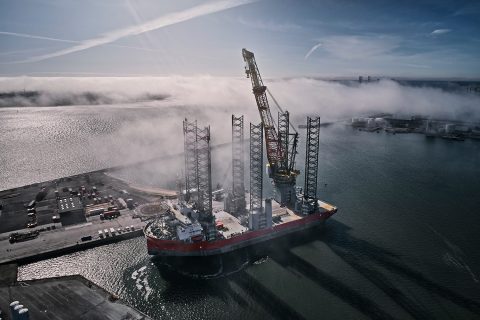 PRESS RELEASE – MHI Vestas has awarded Swire Blue Ocean (SBO) the transportation and installation contract for the Seagreen offshore windfarm, which is set to become the biggest offshore wind farm in Scotland. A total of 114 10 MW turbines need to be installed, with work commencing in the second half of next year.

SSE Renewables and Total reached final investment decision on June 3rd 2020. Seagreen is located 27 kilometres off the east coast of Scotland in the offshore wind market’s deepest waters utilising fixed foundations. It will cover the energy needs of approximately one million homes.

This is the third offshore wind contract SBO will carry out in Scotland. In 2019, the company completed the installation of 84 wind turbines on the Beatrice Offshore Wind Farm, owned by SSE Renewables, CIP, and Red Rock Power. IAnd the year before, SBO and MHI Vestas worked together to install two V164-8.8 and nine V164-8.4 turbines on the European Offshore Wind Deployment Centre near Aberdeen.

“SBO is extremely proud to add a third Scottish project to our track record. Upon completion of Seagreen, offshore wind turbines installed by our vessels should be capable of meeting the energy needs of more than half of Scottish households; which is a great achievement for our company. We could not have reached this phenomenal milestone without committed project partners such as MHI Vestas and SSE, companies that have demonstrated dedication to the expansion of offshore wind in Scotland,” says SBO CEO Mikkel Gleerup.