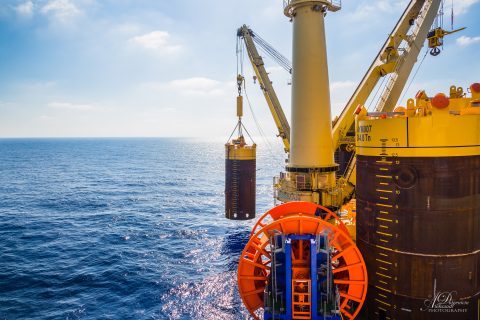 Jumbo Offshore has installed a 14-point FPSO mooring system at a depth of 1,760 metres, breaking its own deepwater record. The project was carried out in preparation for the installation of the first FPSO ever to operate in the East Mediterranean Sea.

The heavy-lift shipping company was contracted by TechnipFMC, which is responsible for the development Energean Power FPSO project. When finished, this FPSO will produce natural gas from the Karish gas field in Israel.

Jumbo’s scope of work included the transport and installation of 14 suction piles, a tie-in manifold and a 24-inch deepwater gas sales spool. The suction piles weighed 176 tonnes each, with one being a little heavier coming in at 235 tonnes.

Both the deck layout and the two 900-tonne cranes of Jumbo’s offshore construction vessel Fairplayer were reconfigured to enable each part of the installation. This involved the Fairplayer’s deep-water winches being modified to allow installation work down to 3,000 metres deep.

According to Jumbo’s lead project engineer Joost van der Wiel, the installation of the large suction pile was especially challenging and required a specially engineered method in which the pile was first taken down to a depth of 200 metres, where it was hung off a Dyneema pennant. “We then recovered the hook, reconfigured the crane, picked up the pile from the pennant and began the second lift down to 1,760 metres deep. That’s a record for us and I am very proud of the team that made this happen”, he says.

The tie-in manifold and the 24-inch gas sales spool illustrate Jumbo’s position as a full-service T&I contractor, adds project manager Wieteke Looijschelder. “The gas sales spool is a flexible piece of equipment, so lifting and lowering it called for a dual lift with a complex rigging arrangement. This technical efficiency is a good example of how our DP2 vessels can handle both the transport and installation needs of a project with just one vessel”. Looijschelder says.

Jumbo’s work is scheduled to recommence in 2021 when the Dutch shipping company will hook-up and install the Energean Power FPSO. 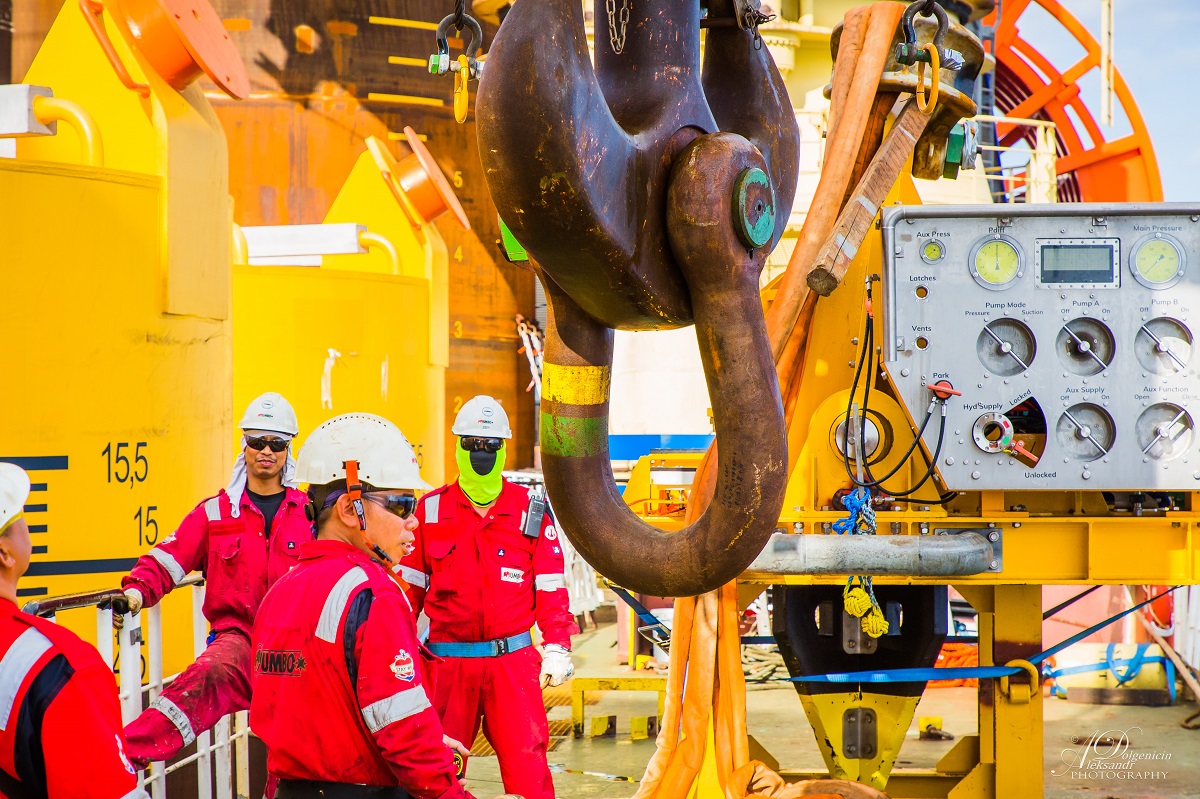 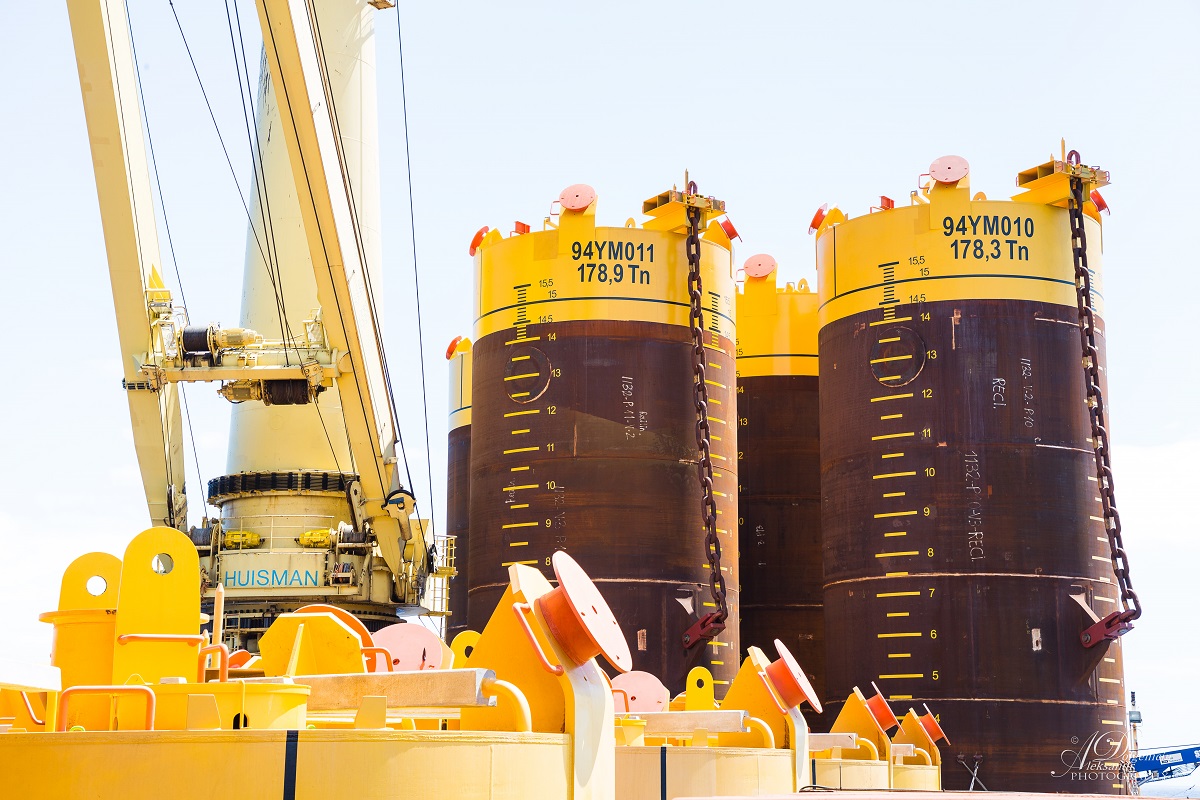 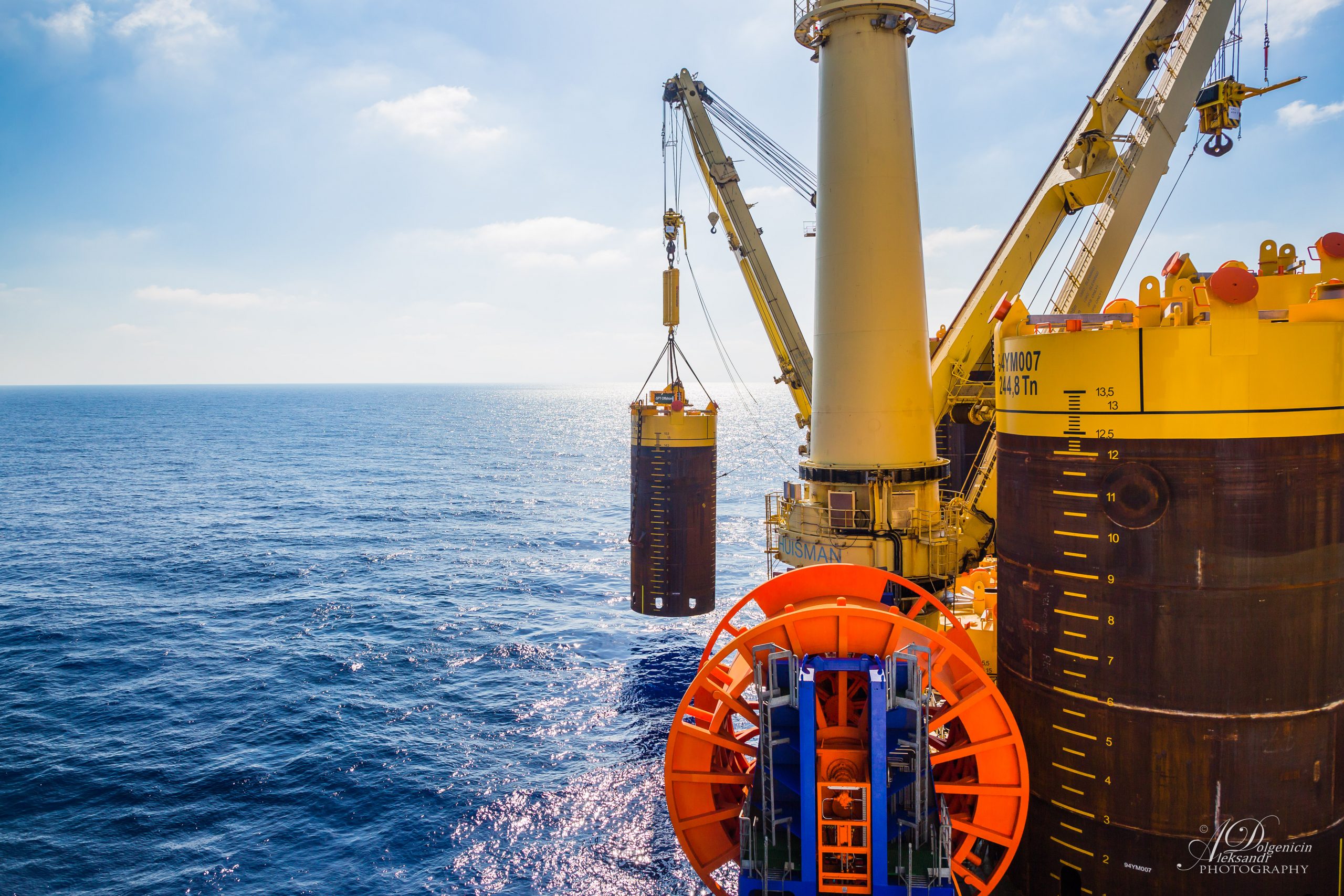 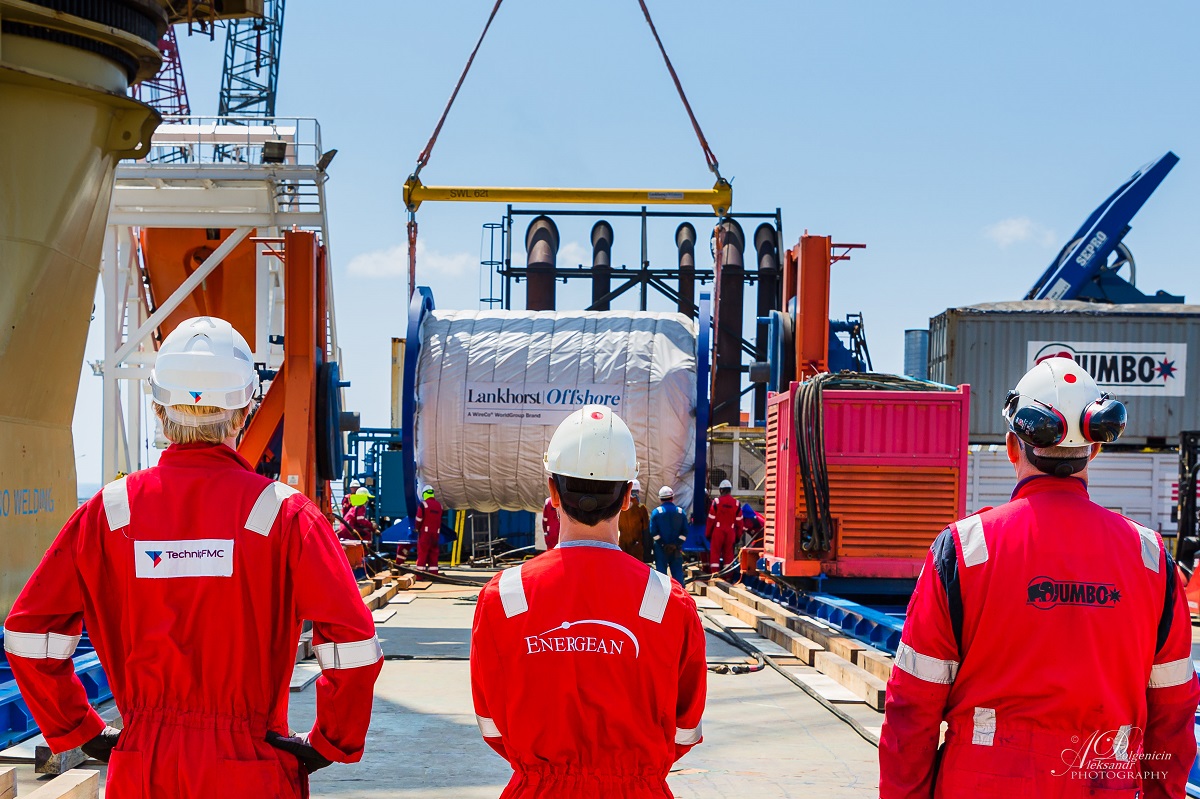 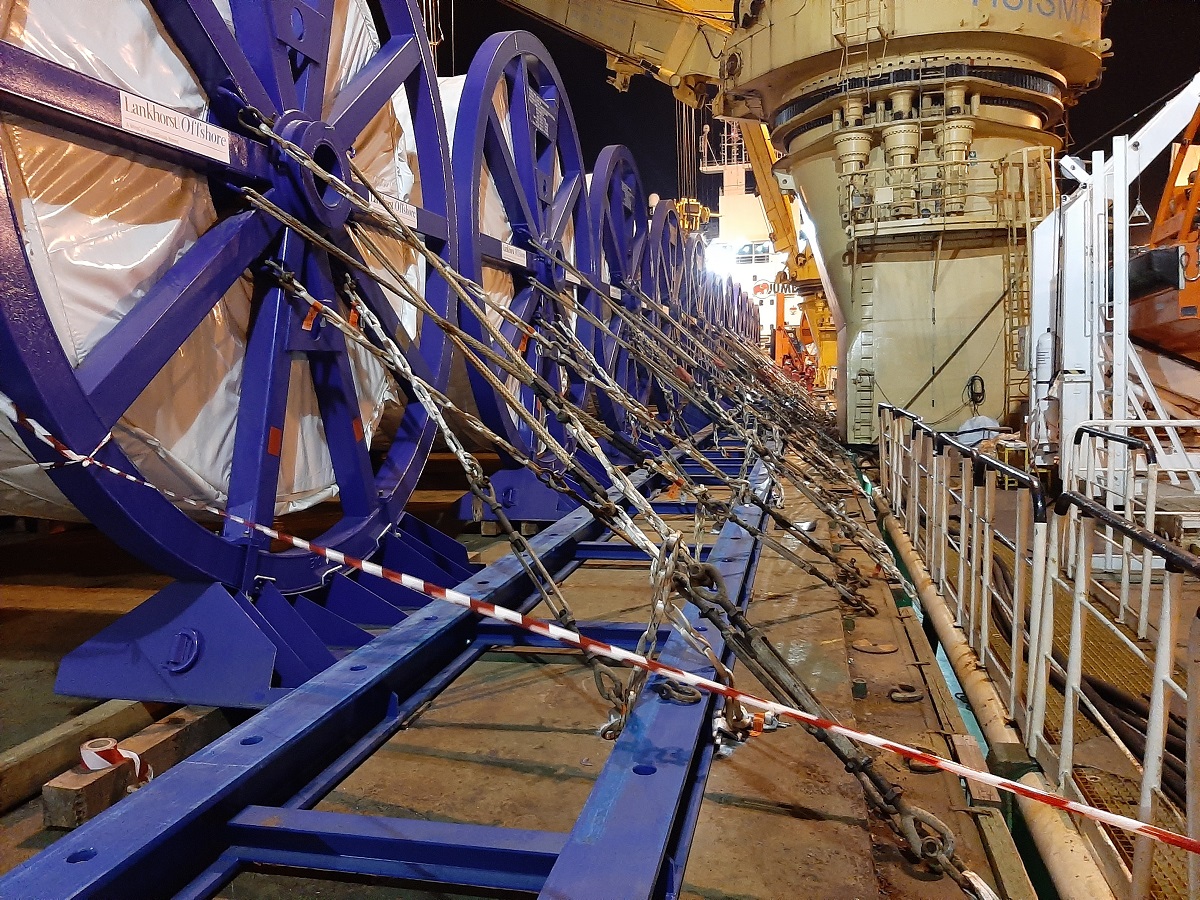 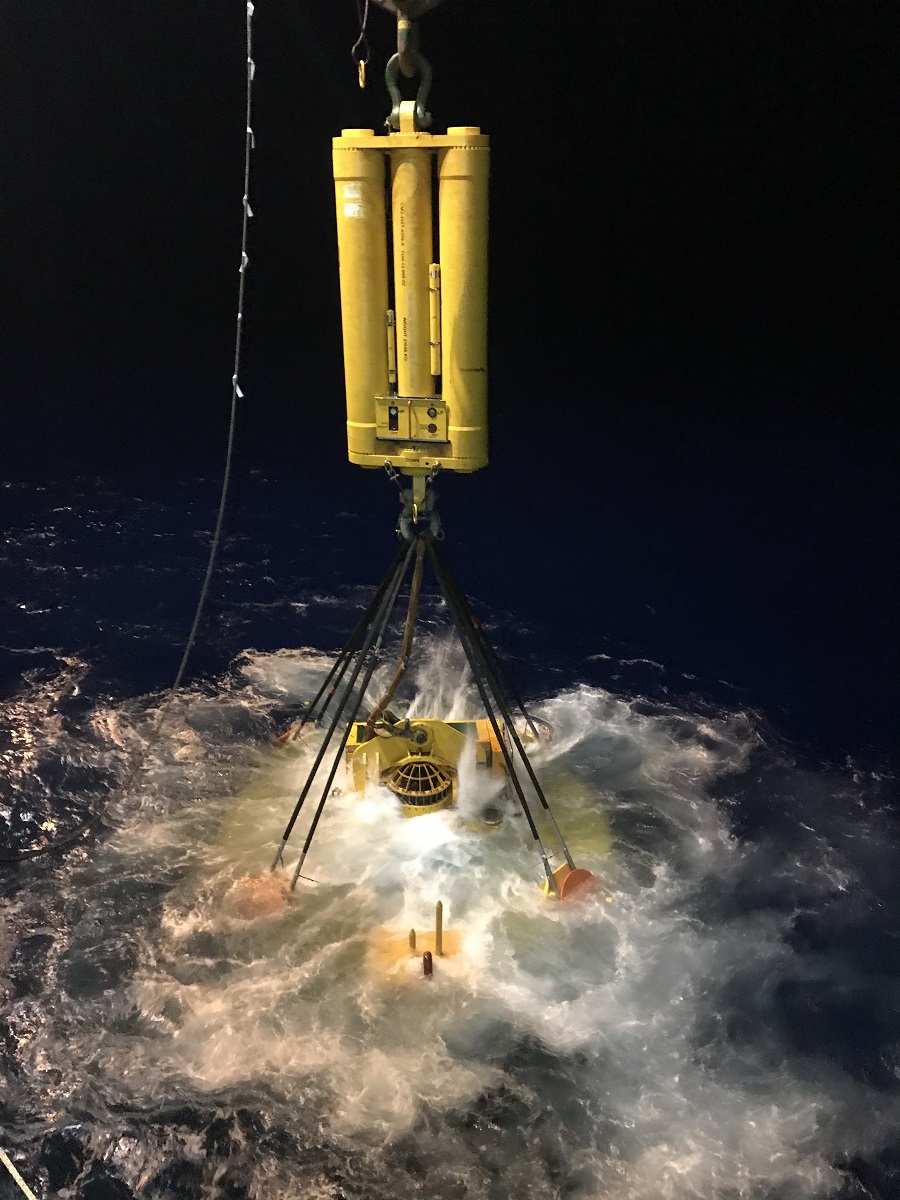 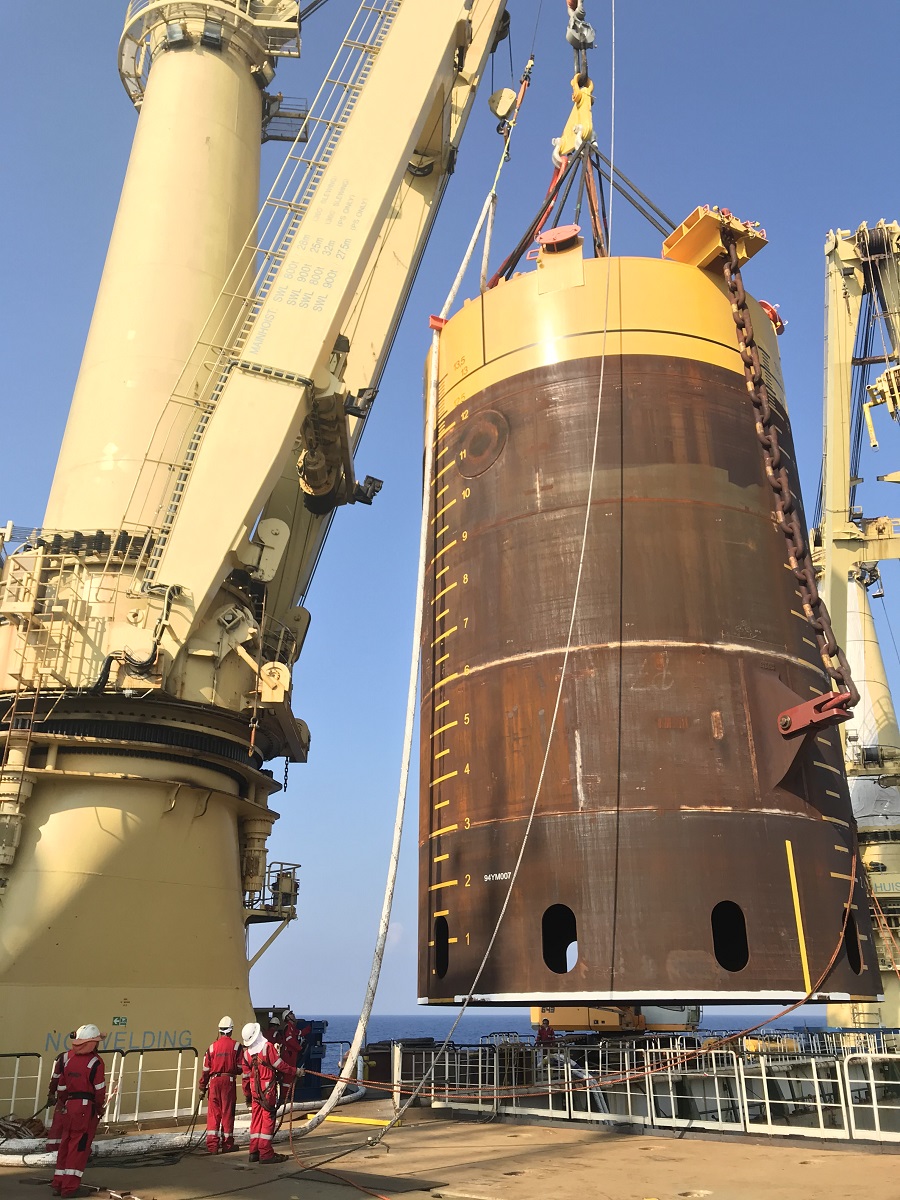