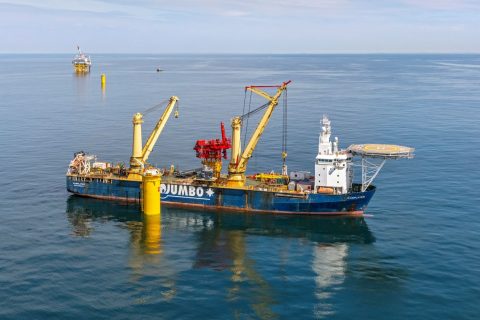 After Seaway 7 installed the T&I of 140 foundations and a 66 kV in-array cable system using the Seaway Strashnov, the Norwegian company contacted Jumbo for the transport and installation of secondary steel for 106 of the 140 foundations. Jumbo Offshore then employed the construction vessel Fairplayer for the task.

The D2P heavy lift crane vessel fairplayer has a deadweight of 6,993 metric tonnes. It has two 400 tonne safe working loads (SWL), which combined, reaches 800 tonnes. In addition to its D2P feature and lifting capacity, the vessel was chosen for this offshore project due to its large, flush working deck and multi-level cargo hold.

The 106 foundations were installed by 06 September and are now ready for the wind turbine installations. Once completed, Hollandse Kust Zuid Wind Farm will have a renewable electricity output equivalent to the annual consumption of over two million Dutch households, and will also be the largest subsidy-free wind farm at sea. 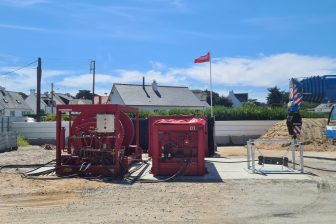 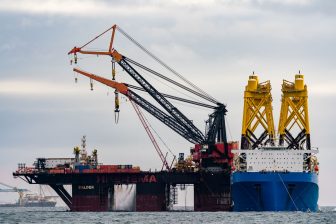 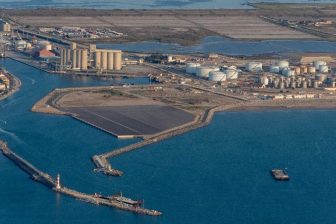