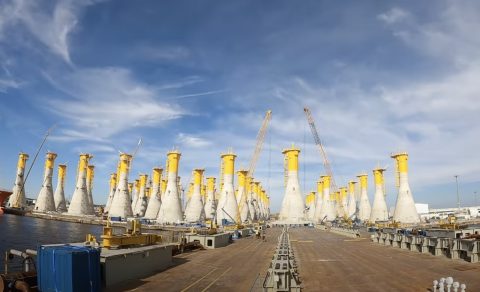 Sarens loads out 71 gravity based structures for Fécamp OWF

The Belgium-based company, Sarens, completed the load-out of 71 gravity-based structures (GBS) from the Port of Le Havre. These will support the Fécamp OWF’s Halide 160 6MW wind turbines, which will be placed 13 to 22 km off the coast of Normandy, in the English channel.

Sarens is handling the lifting, transport onshore and load-out of the 71 GBS on behalf of the BSB consortium, made up of Bouygues Travaux Publics, Saipem and Boskalis. Each GBS weighs about 5,000 tonnes, and measures 31 metres in diameter at its base, with a height of 48 to 54 metres. They needed to be transported from their manufacturing site in Le Havre onto cargo barges.

A Gantry system, composed of two units, moving on SPMT axle lines was used for the lifting. Secured by four lugs, each GBS was lifted in tandem. After lifting, the structures were then positioned on 180 axle lines of SPMT, for transport to the quayside barges. Each barge also had a sounding and pump system capable of measuring and adapting the amount of water in the ballast tank.

It took over 120 trucks and about three months of transport for the Sarens technical team to have all the equipment necessary, in the port of Le Havre. The loading process also took place in 24 shifts of 38 hours, continuous operation, per barge, to avoid downtime. This required a large group of highly specialised personnel.

The video is available here: 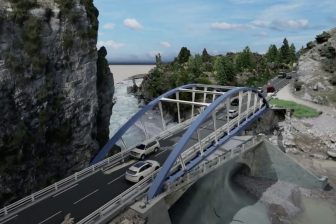 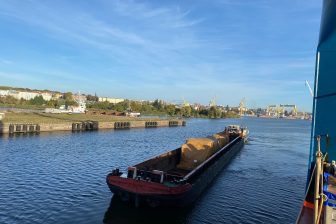 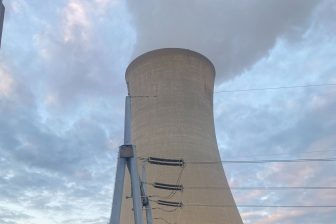