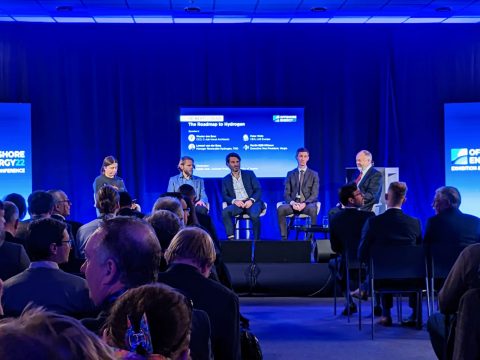 How close are we to offshore hydrogen production?

Many technological advancements have been made since the discovery of hydrogen, its potential as an energy source, and its genesis, in the early 18th century. Hundreds of years later, hydrogen is increasingly in the spotlight as a weapon in the fight for decarbonisation.

Unlike fossil fuels, burning hydrogen as a fuel creates only water as a byproduct, which is why it is often recognised as a critical tool in achieving net-zero emission targets, as set by the European Union. Today, electrolyser technology has progressed massively, but the concept remains the same: using electricity to break down water into hydrogen and oxygen gas. The created hydrogen can be used as a fuel, while the oxygen can be released into the atmosphere, or captured and stored.

Hydrogen created via this emission free process is referred to as green hydrogen, while blue hydrogen is hydrogen created from natural gas. At a panel discussion in Amsterdam, Martin Kjäll-Ohlsson, executive vice president at Vergia, stated that “demand for hydrogen is expected to double in the next decade. We are talking 900 to 1000 GW of power generation capacity. We need blue hydrogen at the start for the first wave. Eventually as the industry scales up, we can complement it with green hydrogen, produced with offshore wind energy.”

Hydrogen as a clean fuel has the potential to be greatly beneficial to the maritime industry’s decarbonisation goals. At the moment however, there are still several challenges. “At the moment, a key challenge is that of storing hydrogen aboard vessels, due to the volume needed for storage tanks that can keep the hydrogen at a temperature of -200 degrees celsius, which is required for it to stay in liquid form,” stated Wouter den Boer, CCO of C-Job Naval Architect.

“In our view, hydrogen will play a role in the marine industry, but for shortsea shipping, or shipments that only take a few days, not deep sea shipping, that would require the storage of a higher volume of hydrogen,” he continued. “Additional challenges to keep in mind, as the industry is still in a learning period, is that hydrogen is new to the shipbuilding industry, meaning that the full extent of regulation is not yet in place,” added den Boer, “especially since many regulations derive from experience.” As such, naval architects do not yet know all the considerations to implement when designing a hydrogen powered vessel.

For many years, research into alkaline electrolyser technology was put aside, as “the fossil market was doing so well,” explains Lennart van den Burg, manager of renewable hydrogen at TNO. But as interest in green hydrogen has increased, so has investment, particularly in Europe and China. “The learning curve in this research is steeper than research in wind and solar at the moment, but it is very costly” he continued. “The number of researchers in this field is also very small, with only around 200 people in the Netherlands.”

“The market is currently at about 1 GW today, though it has the potential to grow to 30 GW,” said van den Burg. Currently, the largest alkaline electrolyzer is a 150 MW electrolyser in China. PEM technology is also an option: “20 MW fuel cells fit on floating platforms, and can be stacked to reach the required capacity,” said van den Burg. An example of this is the Poshydon project, the first attempt to produce green hydrogen offshore. PEM technology could eventually be integrated into offshore wind turbines, signifying that the electricity generated by the wind turbine would be directly used for the creation of green hydrogen via electrolysis.

It is not only because floating offshore wind farms (FOWF) and hydrogen are both developing technologies that they are often mentioned together. There are significant advantages to developing this combined technology. Converting wind energy into hydrogen would facilitate the transportation of energy from FOWFs to shore, avoiding “cable spaghetti on the sea bed,” as put by Kjäll-Ohlsson. This also lowers transportation costs, as “It is cheaper to transport a molecule through a pipeline than electrons through cables.” In future existing pipelines can be converted and new hydrogen pipelines can be built, “Though not for quite some time,” adds Peter Wells, CEO of LH2 Europe.

Crucially, creating hydrogen from offshore wind would allow energy storage. Wells illustrated: “Scotland, for example, can’t handle all that power entering its grid, but hydrogen could be used to store it.” Kjäll-Ohlsson also stressed: “Capturing potential of wind resources is essential to utilising the full energetic potential of the North Sea, which is over 280 GW of offshore wind energy.” Indeed, even if the electrification of our energy system continues on track, the need to store wind energy will remain.

“That’s how we design our future energy system. We need to get rid of gas,” concludes van den Burg, “although we still need another 30 years.” Indeed, Peter Wells, CEO of LH2 Europe commented that “The Liquified Natural Gas (LNG) market of the 1970s and 1980s is comparable to the hydrogen market today. The technology is not yet at scale, and needs to be developed, but the cost is high.”

Kjäll-Ohlsson emphasised that “There is a need for regulation.” Wells also highlighted the need for government mandates in the industry, just as there has been for sustainable aviation fuel, rather than subsidies. Another key element mentioned is the need to “collaborate much more, and invest two steps down in your supply chain,” as well as in infrastructure, according to van den Burg. Lastly, “We need to capitalise on this momentum,” concluded den Boer. 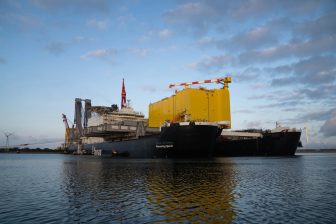 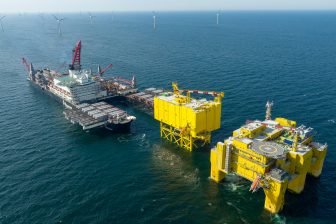