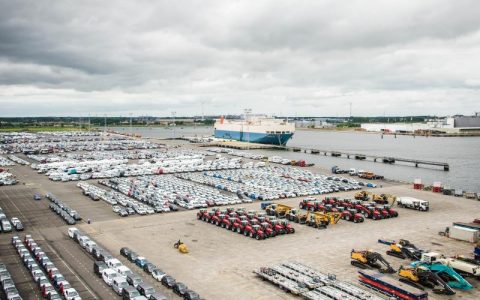 The port of Zeebrugge has recorded a growth of 12.5% in the first semester of 2019.  In total, the Belgian port handled 21.9 million tons of cargo.

The growth is mainly attributable to the roll-on/roll-off traffics and LNG. The ro/ro volume grew by 5 % to 8.4 million tonnes in anticipation of the first Brexit date, which was scheduled for the 29th of March. Many manufacturers supplied the UK markets to avoid possible supply chain disruptions and costly customs procedures in case Brexit would opt for a hard Brexit. As a result, the ro/ro volume increased by 17.2% in the first quarter and consequently dropped in the second quarter by 6.8% in May and by 12.3% in June.

Besides the increase in traffic to the UK, shipments to southern Europe also increased thanks to new services and economies of scale. The port handled a total of more than 1.5 million new cars which represents a growth of 4.9%. The throughput of conventional breakbulk, however, decreased by 10.3% to just 481 thousand tonnes.

In the first six months, the liquid bulk amounted to 4,8 million tonnes. Growth was registered in the LNG segment which accounted for 3.2 million tonnes. A total of 54 LNG vessels called at Zeebrugge in comparison to 24 calls in the first semester of 2018. Most of the LNG was imported from Qatar and Russia and these volumes will remain intact in the second semester, the port authority states.

Container traffic and dry bulk volumes were down with 2.2% and 5%, respectively. The port handled 7.4 million tonnes of containerized cargo. The port authority notes that the container volume of June increased considerably by 9.5% as a result of new deepsea and container feeder services and says further growth is expected in the second semester of 2019.